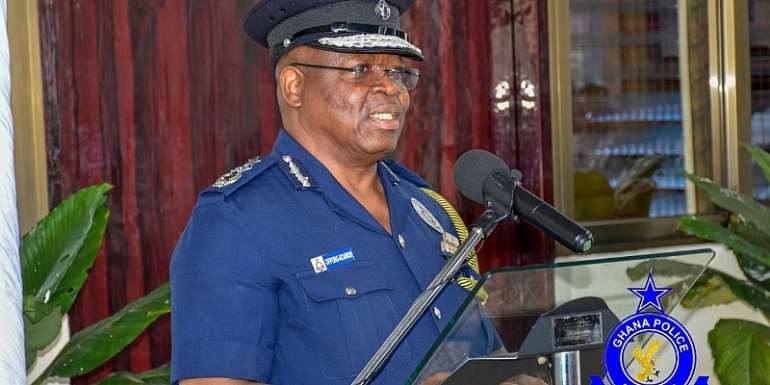 The Inspector-General of Police (IGP), James Oppong-Boanuh, is expected to address Ghanaians through the press later today, Wednesday, to provide updates on Ghana’s preparedness towards the December 7 elections.

At the expected meeting, he will speak about some key security concerns emanating from the electioneering activities and the measures put in place by his outfit to ensure a peaceful process.

The address comes after a nationwide tour by IGP Oppong-Boanuh and his team to get first-hand information on general preparedness of personnel ahead of the election.

In September 2020, the police gave indications that they are ready to discharge their professional duty during the polls after embarking on a “confidence-building march”.

Meanwhile, the Director of Operations at the Ghana Police Service, DCOP Dr Sayibu Gariba, says only uniform personnel from the Police and other security agencies would be deployed to polling stations in the upcoming December 7 elections.

According to him, the National Election Security Task Force (NESTF) would not tolerate the deployment of “thugs” to polling stations by anybody in the name of the police and other security agencies.

“And anything outside this is not part of the National Election Security Task Force and nobody or agency is allowed to deploy.”

Dr Gariba who represented the Inspector General of Police, James Oppong Boanuh made the revelation when he spoke at a forum organized by the Ministry of Parliamentary Affairs (MOPA) in Accra.

The conference, which was on the theme: “2020 Elections and its implication for peace and security in Ghana” was aimed at supporting the confidence-building initiatives by the state and non-state actors towards a peaceful election in December 2020.