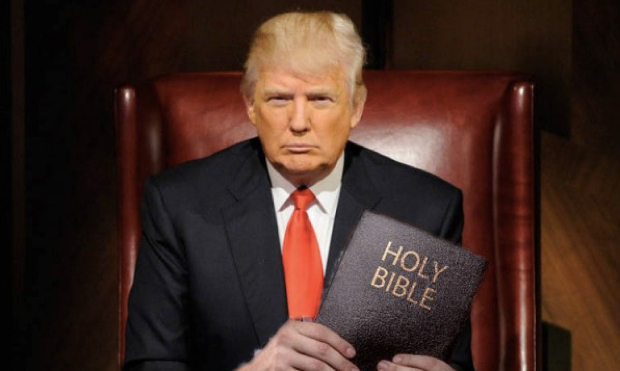 There was a general feeling that Donald Trump wasn’t going to garner enough votes to thrash Hillary Clinton. He didn’t manage to win minorities to his side and many young Americans expressed their disapproval of his actions. It didn’t occur to most people that Trump would win. In fact, for some people, Trump appeared more like a candidate who was just spicing up the campaign, but not a contender with the potential of emerging victorious.

Who even knew at the onset that Trump would win the GOP nomination?

On November 8th, Americans went to the polls and the final results came as a surprise to millions of people in the U.S. and across the globe. Trump and his Republican party scooped a resounding victory, giving the party control almost at every level.

What’s clear is that Trump received enormous support from the religious right because of some of his conservative ideas, which included abolishing abortion and providing wider freedom of religion among others. For those who hold such ideas dear, a Trump win must have been a sweet development.

Below are some of the concerns the white evangelicals have to contend with:

While this group supported Trump based on his position on the aforementioned issues, the candidate ran his campaign on fear, intimidation, and hate. By showing him support, America became further divided. What this lot overlooked is the fact that minorities also form part of their religious establishment. With the division and Trump win, how are they going to win back minorities? How is Trump’s administration going to handle minority communities? The challenge here is that many Blacks, Asians, Muslims, and Mexicans now feel that their evangelical “brothers” have lost touch and aren’t there for them at their hour of need.

Whether Trump Will Actually Deliver

It’s understandable that white evangelicals voted for Trump based on his conservative policy proposals. However, the fear now is whether, as president, Trump will follow through with his campaign promises. Is he going to nominate a Supreme Court Judge who respects the constitution? Is he going to introduce policies on abortion? Is he going to expand freedom of religion? The Religious Right preach the gospel of love, regardless of one’s religious, racial or ethnical background. Is Trump going to respect minorities or is his administration going to discriminate against them? That’s for his religious right voters to ponder.

The role of White Evangelicals

No doubt, Trump is taking office because of the support he received from White evangelicals. This group never appeared to hear the things Trump said apart from what resonated well with them. The white evangelicals must, therefore, manifest a tactical balancing act. They’ll need to support Trump when he works to unite the country and be quick to rebuke him whenever he acts in contravention of their religious principles. In fact, for them not to appear racist and driven by hate, they’ve got to constantly keep Trump in check. That’s when the far reaching division between white and Black evangelicals can be bridged. We ask: Why should there be division among Christians when they claim to worship the same God whose most conspicuous trait is love?