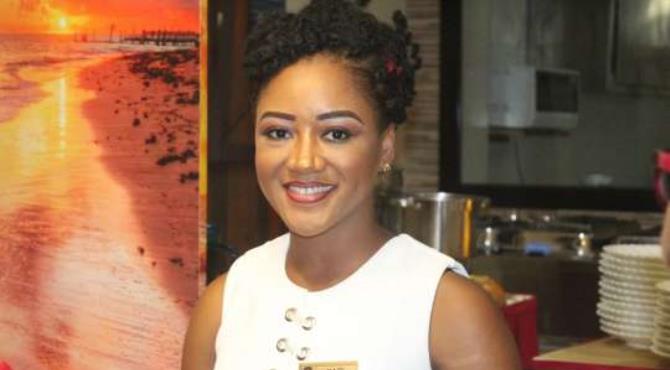 Accra, Nov. 19, GNA – The winner of Ghana’s Most Beautiful 2014, Ms Abigail Baciara Bentie, has celebrated her birthday with some female head porters (Kayayee) at Tudu, Accra.

The celebration forms part of her campaign against Early Child Marriage in Ghana, in collaboration with Action Aid and UNICEF.

The End Child Marriage Ambassador and the manageress of the Mma Zara Restaurant of Best Western Hotel, said she chose to celebrate her birthday, on Thursday, with the head porters in order to inspire them, as a fellow Northerner.

Additionally, she said, more than 90 percent of them were victims of teenage pregnancy and early child marriage.

It states that despite the laws against it, the practice remains widespread, in part because of persistent poverty and gender inequality.

In developing countries, one in every three girls is married before reaching age 18, while one in nine is married under age 15.

It explains: ‘Child marriage threatens girls’ lives and health, and it limits their future prospects. Girls pressed into child marriage often become pregnant while still adolescents, increasing the risk of complications in pregnancy or childbirth. These complications are a leading cause of death among older adolescents in developing countries.

‘UNFPA promotes legislation and programmes designed to end child marriage. UNFPA also supports evidence-based, girl-centred investments that empower girls with the information, skills and services they need to be healthy, educated and safe, helping them make a successful transition to adulthood.

Ms Bentie advised them to try as much as possible to educate their children with the little money they were earning, and put ‘the loose ends of their lives together’ because it was not too late for them too to get formal education.

‘I could have been one of you because we all hail from the Northern part of Ghana.., but all is not lost you can still make it in life,’ she advised.

TV3 has organised the Ghana’s Most Beautiful Contest for the past decade to use the beauty and intellect of young women to promote Ghana’s positive cultural values and to advocate the elimination of the negative ones.