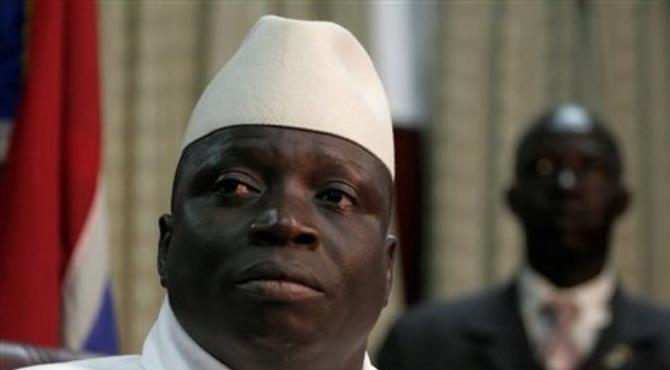 The Gambia’s President, Yahya Jammeh, has lost the Gambian election to an estate agent, Adama Barrow, who led a collation of seven opposition parties. Adama Barrow
Before the declaration, there was some indication that President Jammeh was going to concede defeat via a video message.

The Electoral Commissioner of Gambia, Chief Alieu Momar Njie, said it was unprecedented for a Gambian head of state to accept defeat before the final results.

Ruth Maclean, a reporter with the UK’s Guardian newspaper in the Gambia, was tweeting details about development that President Jammeh was about to concede defeat to Adama Barrow.

According to her, President Jammeh had recorded a video accepting defeat before the final results were declared.

The West African country has not had a smooth transfer of power since independence in 1965.

The 55-year-old leader had been trailing Mr. Barrow in partial results and was defeated in the capital, Banjul, his stronghold.

–
By: citifmonline.com/Ghana with files from BBC