I Am Happy At Swansea City – Jordan Ayew Insists 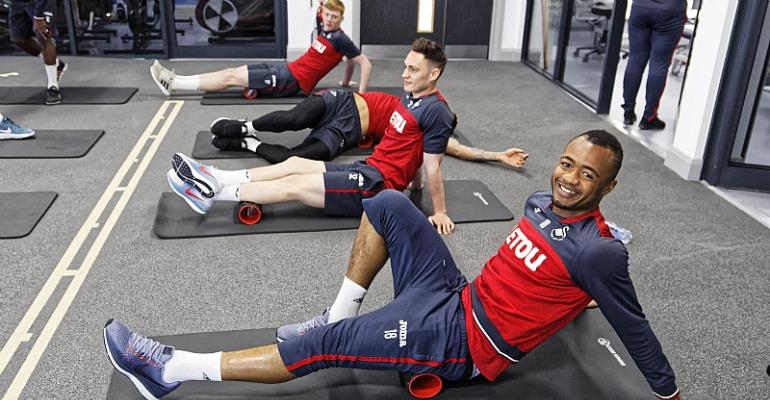 Black Stars striker, Jordan Ayew has reiterated that he is happy at Swansea City.

The former Aston Villa goal poacher who has been hailed as one of the Premier League’s best forwards by Carlos Carvalhal spoke to the official club website about the Premier League relegation fight, playing alongside big brother Andre and his own fine form.

Ayew tells how he and his family have felt content ever since he moved to the Liberty 15 months ago – and says that has helped him spearhead the Swans’ push for top-flight survival.

“I need to thank my family because I have had some difficult moments in my career,” the Swans’ 11-goal top scorer said.

“Now I am enjoying the moment because things are going well for me and the team are doing well.

“But since I came to Swansea I have been grateful and I have been happy. I am enjoying my life and that shows on the pitch.”