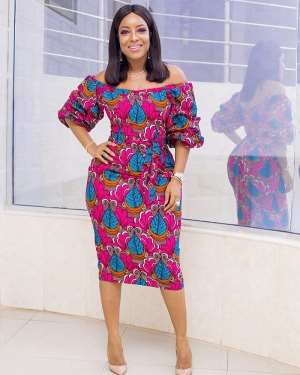 John Dumelo married a few months ago to a pretty lady called Mawunya and Joselyn Dumas was one of the celebrities who made it to the wedding but little did many people know that John and Joselyn actually dated before John married.

According to reports circulating on various entertainment portals, Joselyn Dumas revealed that she was crazy in love with John Dumelo but they had to break it off two years after featuring together in some movies.

But In an exclusive interview with Okay FM’s Abeiku Santana on his show, ‘Atuu’ (Yet to be aired) 5 pm on 11th August 2018, Joselyn Dumas said she never dated John Dumelo, hence they were just friends.