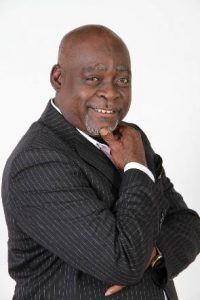 Announcing the nominees was the duo of popular Nigerian actress and TV presenter, Mitchelle Dede, and renowned Kenyan actor, radio presenter and TV host Fareed Khimani during a special live broadcast which aired on all Africa Magic channels on DStv and GOtv.

The movie Ghana Must Go received a number of nominations crowned with the ace actor Kofi Adjorlolo being nominated for Best Supporting Actor in a Drama Movie/TV Series. Frank Rajah was was also nominated for Best Director for the same movie.

He is set to marry for the third time December this year to Victoria Lebene Mekpah, whom he has courted for close to two years.