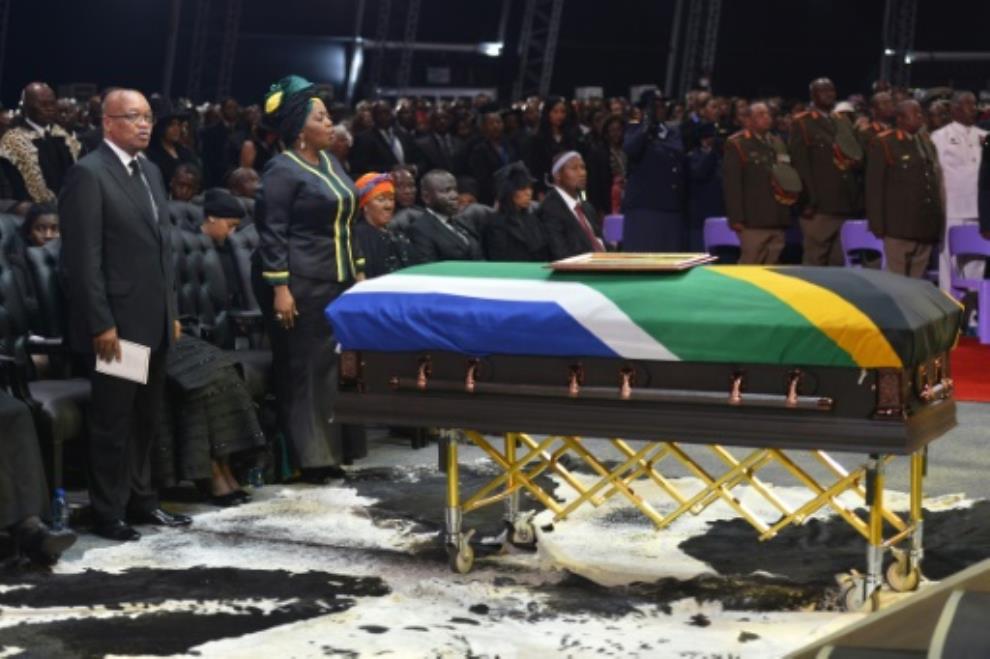 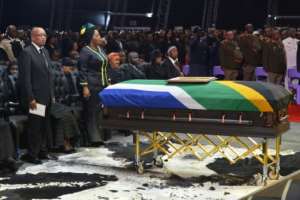 Mandela died on December 5, 2013 and was buried at his home village in Qunu on December 15 at a funeral attended by presidents, royalty and several celebrities.. By ODD ANDERSEN (POOL/AFP/File)

Nelson Mandela’s family has expressed “indignation and dismay” at allegations that officials stole and misspent $22 million intended for the anti-apartheid icon’s memorial events after his death in 2013.

The country’s anti-corruption watchdog last week said it had uncovered evidence that millions of dollars disappeared during preparations for Mandela’s memorial and funeral.

Officials are alleged to have inflated costs, awarded tenders fraudulently and generally mismanaged the huge state occasion which drew leaders from around the world.

Mandela’s eldest grandson Mandla said on Wednesday that the whole family had reacted with “utter indignation and dismay” to the allegations.

“We find it incredulous that while we, as a family, a nation — and indeed the world — were mourning the loss of our elder, icon, leader and statesman, some people were allegedly conniving to profit financially by shamelessly siphoning off funds,” he said in a statement.

“The guilty parties should face the full wrath of the law.”

Mandela died on December 5, 2013, aged 95, and was buried at his home village in Qunu in the country’s southeast on December 15 at a funeral attended by presidents, royalty and several celebrities.

The Public Protector watchdog said around 300 million rand ($22 million) of state funds intended for the memorial and funeral were misspent.

“It is unfathomable that a legacy built on principled action, integrity and a high degree of ethical standards should be so sullied and allegedly be associated with such criminal intent,” said the family.

Opposition parties were among the first to raise the alarm, demanding a probe into how taxpayers’ money earmarked for the memorial and funeral services was used just a month after the events had concluded.

“I had never experienced such chaos,” she wrote of the events to commemorate Mandela’s life, saying that plans were changed every few minutes.

“One could not help but wonder whether it was just eight years of bad planning, wasting money on foreign travel to consult with other countries about events of this magnitude,” she said, “or whether it was a deliberate attempt to exclude from Mandela’s funeral people who were not allied with the right people.”