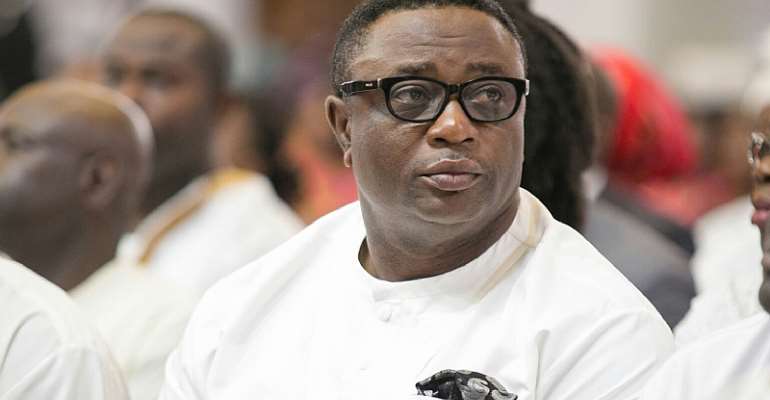 The Director of Elections for the National Democratic Congress (NDC), Elvis Afriyie Ankrah, has charged the media to further highlight the scandals in the current government in order to ascertain facts about corruption in Ghana.

According to Mr. Afriyie Ankrah, Ghana, during the presidency of John Mahama, witnessed a free and vociferous media which took government on on several occasions, boosting the country’s reputation in press freedom.

Speaking in an interview with Ebenezer Afanyi-Dadzie, the former Minister for Youth and Sports stated that “Ghana is becoming frightening because scandals such as PDS, NLA and Kelni GVG have not been properly investigated and reported by the media.”

He said the smuggling of rosewood also deserves attention from the media to protect the tree which is becoming endangered.

According to Mr. Afriyie Ankrah, in spite of the apparent silence in the Ghanaian media landscape, an investigative report by Environmental Investigation Agency (EIA) has revealed that the rosewood smuggling ring in Ghana is an orchestration by officials in the Akufo-Addo government who facilitate the cutting down, transportation through checkpoints as well as export outside Ghana.

The July 30 2019 EIA report, published and titled: BAN-BOOZLED: How Corruption and Collusion Fuel Illegal Rosewood Trade in Ghana, concludes fraudulent use of “salvage permits,” misdeclaration of timber species, use of “escorts” to deal with control points, forging of official documents, and retrospective issuance of CITES permits, are among the mechanisms used to conduct the illegal timber harvesting and trade.

According to the Washington DC-based organisation, the Forestry Commission is still issuing permits to members of the governing New Patriotic Party (NPP) to export rosewood despite a ban.