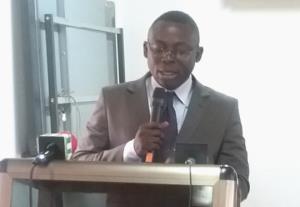 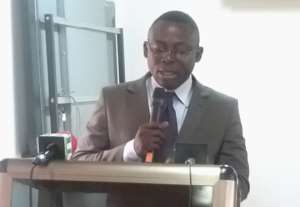 The National Association of Local Authorities (NALAG), the mother union of all MMDAs and its members on Friday has condemned the gruesome murder of Issac Kweme Abedu, an Assembly Member for the Sefwi Nsawora electoral area in the Western Region which occurred September 28.

A statement signed by Hon. Kokro Amankwa, the General Secretary of NALAG said, the act of lawlessness perpetuated by some individuals and groups to attack a person who volunteered to serve the electorates should not be tolerated.

Mr. Amankwa said, the incident must not be allowed to impair the fight against crime in the county.

According to the association, there must be a thorough and effective investigation that would deliver justice to the victims to serve as a deterrent to potential perpetrators.

The statement said “If servants, particularly Assembly Members, who do not even earn salaries cannot be safe in serving their communities, then what do we need as a people to develop?”

The attention of the National Association of Local Authorities of Ghana (NALAG) has been drawn to the murder of the Assembly member for Sefwi Nsawora Electoral Area, Isaac Kwame Abedu, in the Akontombra District of the Western Region, which sad event took place on Friday, 28th September, 2018 at about 2:00am by unknown assailants.

The National Association of Local Authorities of Ghana (NALAG), being the mother Association and mouthpiece of all Metropolitan, Municipal and District Assemblies (MMDAs) condemns in no uncertain terms this barbaric act of fellow humans who must rather help to preserve the very sanctity of human lives.

It is rather unfortunate that a citizen who have volunteered to serve his electorates and nation will be subjected to such gruesome murder in the same society he has desired to serve.

This attack on this active-servant is of great concern and elements in the society determined to disrupt law and order and cause fear and panic must not be tolerated. This incident must not be allowed to impair the fight against crime in our country. If servants, particularly Assembly Members, who do not even earn salaries cannot be safe in serving their communities, then what do we need as a people to develop?

NALAG is therefore calling on all stakeholders within the security apparatus, especially the Ghana Police to mount a serious search to arrest the perpetrators and bring them to book. The police must maintain their efforts to create and restore peace and safety to the community. All persons within and without the community who may have any information on the assailants or saw something or know something should in all humanness share the information with the Police to aid in their search.

We further express our deepest condolence to the family of the deceased, especially the wife and six children he left behind. To the members of the Assembly and the District we say “sorry for your loss.”

Development without life is an activity in futility.