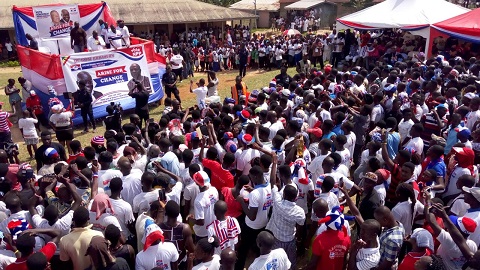 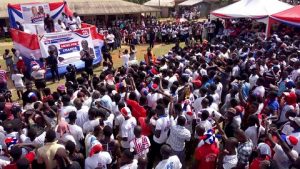 Nana Addo has been campaigning in his home region since Tuesday.
Graphic Online’s reporter, Victor Kwawukume who has been traveling with Nana Addo on his campaign tours reported that the presidential hopeful met with chiefs at the Oseawuo Palace at Akyem Wenchi around 4pm.

According to our reporter, contrary to reports on social media that Nana Addo had traveled to London, he was campaigning in the Eastern region and also addressed a rally at Akyem Oda later in the day after meeting with the chiefs.

He earlier addressed rallies at Awisa, Achiase and Akroso. He is expected to address the Volta regional rally at Aflao on Sunday.