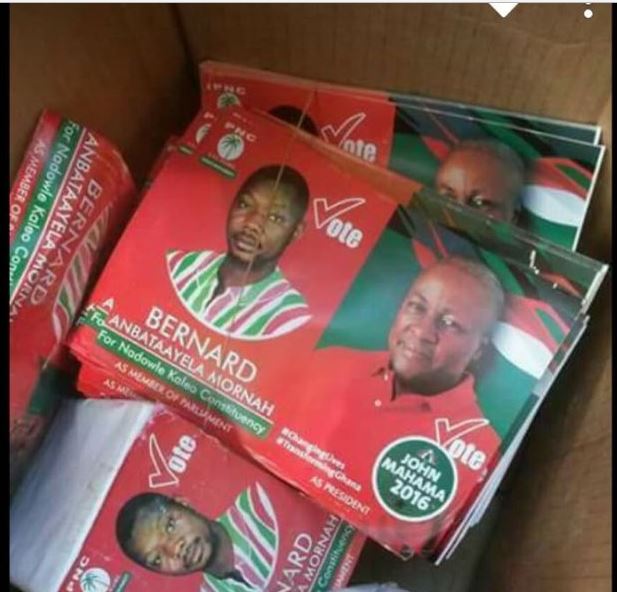 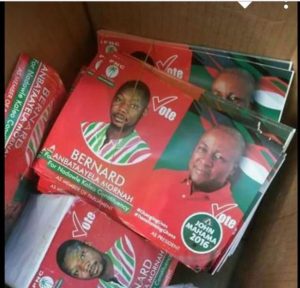 The woos of the Majority leader in Parliament, Alban Kingsford Sumani Bagbin seem far from over just four days to the December 7 general elections.

This is because, campaign posters of President John Mahama and the Peoples National Convention’s (PNC) candidate, Bernard Mornah has surfaced in the constituency creating tension.

This new development somewhat gives more credence to allegations that, some gurus in the ruling National Democratic Congress (NDC) are making frantic efforts to retire Mr. Bagbin who is also the Member of Parliament for Nadowli- Kaleo formerly Nadowli West – in the Upper West Region since 1993.

The latest happenings in the constituency strongly contradict the party’s General Secretary, Johnson Asiedu Nketia’s allegations that it is detractors of the NDC who are teaming up with the opposition New Patriotic Party (NPP) to remove Mr. Bagbin from Parliament.

The plot to remove Mr. Bagbin begun after he had a frosty relationship after he accused President Mahama of running ‘family and friends’ government and also said the president had surrounded himself with ‘fair weather friends.’

His outbursts stemmed from his being relegated to the position of ‘3 wise men’ – who had no official portfolios. E.T. Mensah and Cletus Avoka completed the ‘wise men’ list.

The relationship appears to have been repaired after Mr. Bagbin returned to his front bench role as majority leader in parliament.

But with this emergence of these posters, we are asking whether the NDC has abandoned the veteran Parliamentarian to his fate.