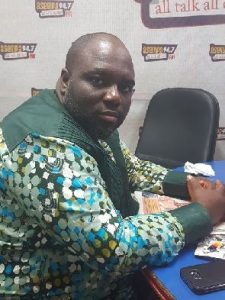 There is a new twist to the circumstances that led to the brutal murder of Captain Maxwell Mahama at Denkyira Boase inthe Central region.

Information available to Ekosii Sen host, Kojo Asare Baffuor Acheampong (KABA) indicates that, the late army officer was going to meet some people engaging in illegal mining in the area popularly known as galamsey when he was ambushed by the town folks.

KABA revealed that prior to his death, some soldiers attempted to meet with these illegal miners and were nearly killed.

“When the Military High Command heard about the incident, the soldiers were detained into guardroom and were released after the sudden demise of Captain Mahama” KABA revealed.