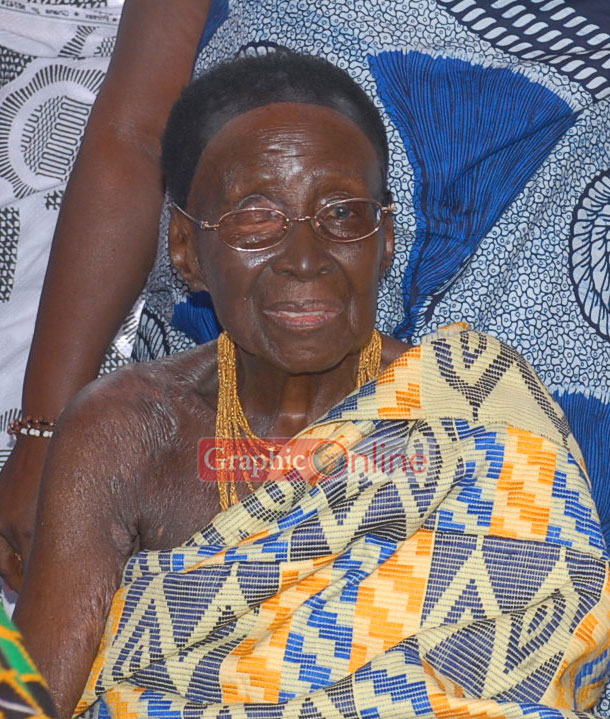 Queenmother of Asante Kingdom dies at 109 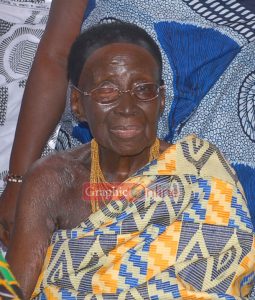 The Asantehemaa (Queenmother of Asante Kingdom), Nana Afia Kobi Serwaa Ampem II has died at the age of 109, after reigning for 39 years. Nana Afia Kobi was said to have died peacefully in her sleep on Tuesday, November 15, 2016 Graphic Online has gathered.

As custom demands, emissaries from the Manhyia Palace have since been dispatched to various paramount chiefs in the Asante Kingdom to inform them about the passing of the queenmother.

The chiefs are expected to meet on Thursday to plan funeral arrangements.

Nana Afia Kobi was enstooled in 1977 as the 13th queenmother of the Asante Kingdom since 1695 after the late Nana Ama Serwaa Nyarko II who reigned from 1945 to 1977.

The late Asantehemaa was the mother of the current Asantehene, Otumfuo Osei Tutu II.

She saw the reign of the late Otumfuo Opoku Ware II, as Asantehene who reigned from 1970 to 1999.