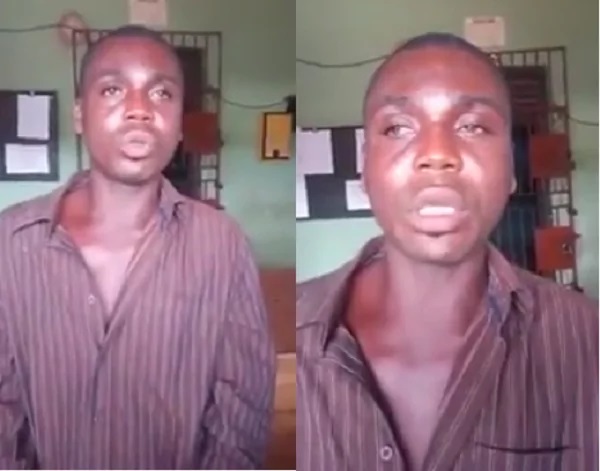 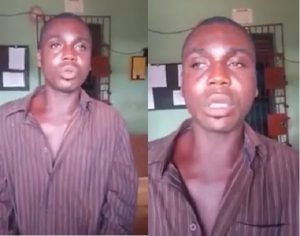 Thirty-Six (36) year old Kwame Tufour, a farmer based in Denkyira-Boase in the Upper Denkyira West District of the Central Region has confessed to pummeling the head of the late Major Maxwell Adam Mahama who resulted in his unfortunate death.

The suspect who was on the run, was last week apprehended by the police after captured in a video footage hitting the head of the soldier with a cement block.

Upon his arrest, he admitted to the offence saying “I was around carrying wood when I heard people shouting thief, thief so I rushed there picked a cement block and hit him”

Police investigators have disclosed that about 51 suspects have so far been arrested in connection with the incident with the latest being 7 who were on Friday remanded by an Accra Central District Court including; Akwasi Baah, Solomon Sackey, Kwame Agyei, Joseph Appiah Kubi (aka Kum Dede), Akosua Takyiwaa (aka Maabono), Esther Dauda (aka Asha) and Michael Kumah (aka Kojo Anim) to reappear on June 21, 2017

Meanwhile the late Major Maxwell Adam Mahama was on Friday June 9, 2017 was given a state burial at the military cemetery in Osu after he was mistaken for a robber and killed by residents of the area in a mob attack.

There are still conflicting accounts as to circumstances that led to the death of Major Maxwell Adam Mahama who was the platoon Commander at Denkyira-Boase in the Upper Denkyira West District of the Central Region.

Whereas military command and police investigators claim he was going on jogging and stopped to a buy snails from the woman who saw a sidearm on him and snitched the assemblyman William Baah who then mobilized angry residents to lynch him, another account claimed he was invited to a meeting with a prior motive of killing him.