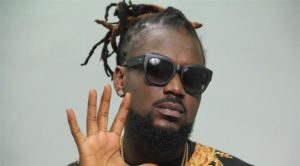 This year’s edition of ‘Saminifest’ will take place on December 3 at the Ghana International Trade Fair Centre (GITF) in Accra.

The event which is in its third year will bring together music lovers, particularly Samini fans all over the country, to celebrate his astounding works and also showcase classic performances from leading Ghanaian artistes.

BEATWAVES has gathered that before the December 3 concert, the organisers will on November 19 organise a clean-up exercise in Fadama, a suburb of Accra, and it is expected to attract a large number of celebrities as well as Samini fans.

The clash of the artistes on one stage on one night has, therefore, raised a lot of anxiety and many music fans have promised to attend the event to see who would get the loudest audience response on the night.

Samini, a few days ago, released ‘Mama Ghana’, collaboration with Kofi Kinaata to promote peace and unity among Ghanaians ahead of the December 7 polls.

The song which has been endorsed by the Electoral Commission (EC) will be performed live on the night.