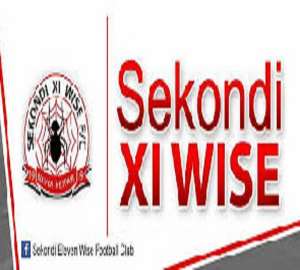 Sekondi Eleven Wise Football Club has confirmed that they will be playing Sekondi Hasaacas on Saturday, April 13, 2019, to mark their 100 years anniversary celebration at the Gyandu Park.

The Traditional Club which was founded in April 1919 turns 100 years this month and has set aside a week to mark the occasion.

The highlight of the big occasion will, however, be the mouthwatering local derby between Eleven Wise and Hasaacas.

The celebrations will start from Friday, April 5, 2019, where there will be a ‘Foto Exhibition’ at the clubs Youth Center in the morning. They will then follow it up with a worship service at the Sekondi Mosque in the afternoon at 1:00pm. The activities on the first day will be concluded with a candlelight possession which has been scheduled for 6:00pm.

On Saturday, April 6, 2019, the club and its teeming supporters, as well as well-wishers, will have a Picnic from Essikado to Effia Nkwanta before returning back to Essikado at 2:00pm.

From there on there will be a two-day break to allow for some rest. Activities as part of the celebrations will resume on Tuesday, April 9, 2019, where the 100 years anniversary will be officially launched. The ceremony will take place at the Assemblies of God Church Auditorium at European town at 3:00pm.

After the launching, the big day will be on Saturday, April 13, 2019, with Sekondi Eleven Wise expected to engage Sekondi Hasaacas at Gyandu Park. Not only is there going to be an anniversary cup up for grabs but there will also be bragging rights for either side who will be determined to win the derby at all cost. 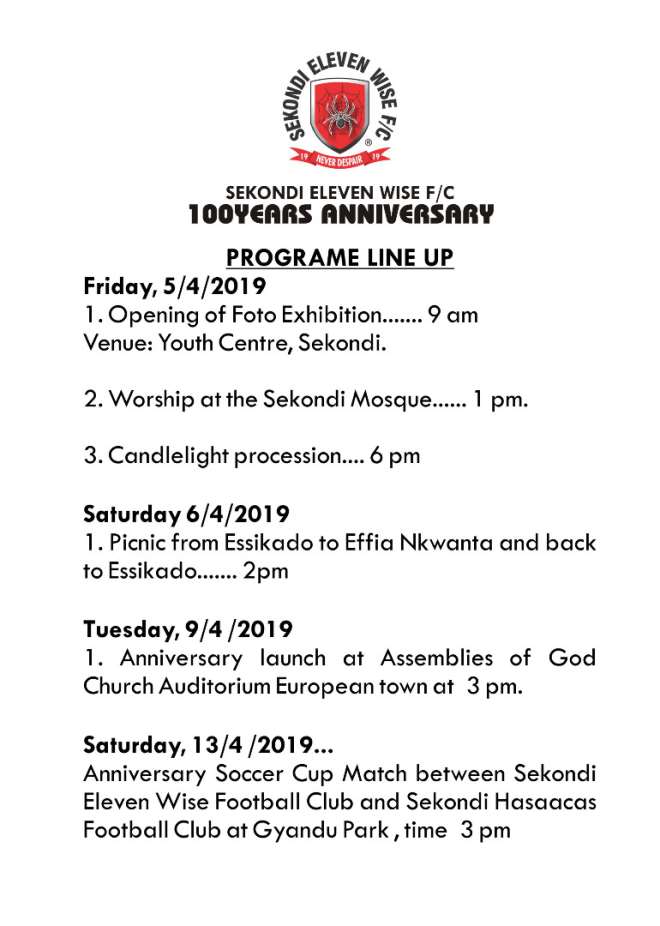