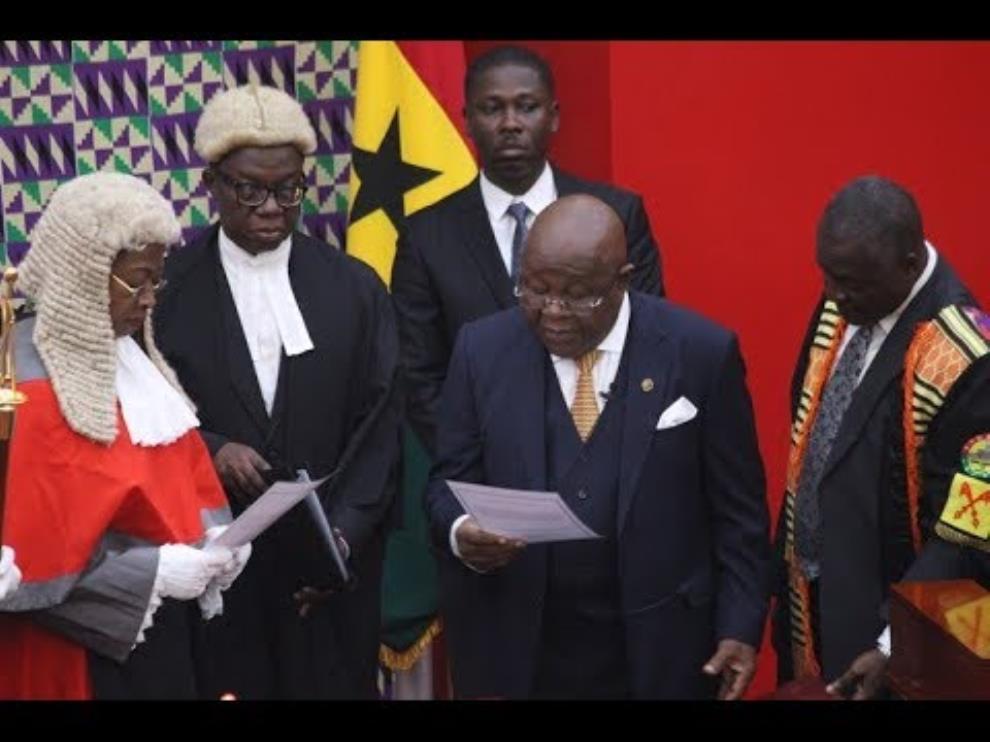 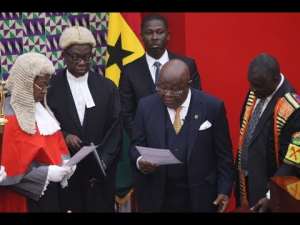 The Speaker of Parliament, Professor Mike Oquaye, has been sworn in as acting President for the second time in less than a week.

This follows the absence of the President and his Vice from the country for varied reasons.

The President is out of the country to attend the AU summit in Ethiopia, and the funeral of the late South African Jazz music legend, Hugh Masakela, while the Vice President is still in the United Kingdom on a medical leave.

The Speaker will have presidential powers until Wednesday 31st January, 2018.

Apaak criticizes another swearing-in of Speaker

The National Democratic Congress [NDC] Member of Parliament for Builsa South, Dr. Clement Apaak, had earlier expressed reservations with what he described as the impromptu summoning of Parliament for the second swearing-in of the Speaker to act as President in less than a week. 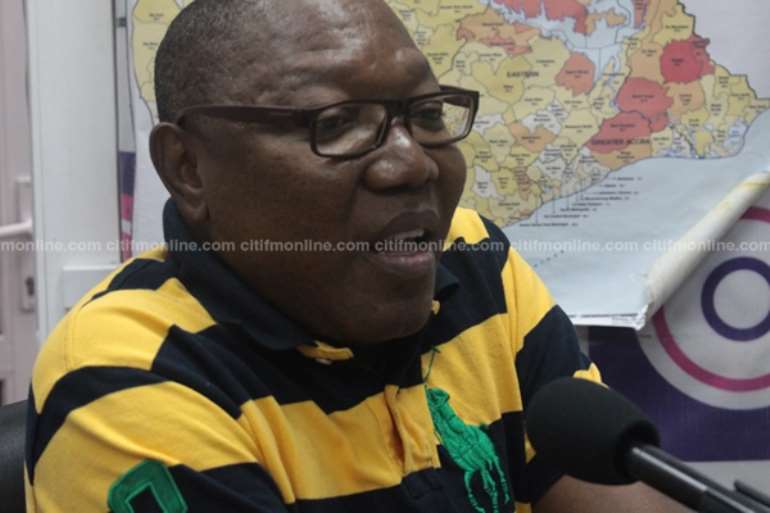 Speaking to Citi News after the announcement of the swearing-in in Parliament on Friday, Dr. Apaak said the processes prescribed by law were inconveniencing several MPs.

“As I speak to you, myself and many of my colleagues have engagements and activities in our constituencies and we are to leave, and yet we are expected to come back to the House at 8:30 am to swear in the Speaker as President. I don’t think it is sustainable.”

The MP said the government needs to provide some clarity on the matter to legislators.

“… So it is entirely the responsibility of the government of the day to come clean so that we can understand the conditions that would warrant us to make the kinds of sacrifices that we are expected to make. As it is now, we don’t understand the full story and a lot of us don’t feel that it is justified to always come in at the nick of time, as they did today, for us to come in tomorrow and swear in the Speaker as the acting President,” Dr. Apaak added.

Controversy over swearing-in
The law concerning the swearing-in was breached by a former Speaker of Parliament, Doe Adjaho in 2014, when he refused to take the oath of office as acting President at a point.

Both President Mahama and his Vice Kwesi Amissah-Arthur had traveled outside the country at the time.

This compelled the Managing Director of Citi FM, Samuel Atta-Mensah, and a United States-based Ghanaian lawyer, Prof. Kwaku Asare, to file a suit at the Supreme Court, to among other things, seek an interpretation of Article 60 (12) of the 1992 Constitution, which requires that the Speaker takes the oath of office each time he is to act as President.

The Supreme Court, in a unanimous decision, declared that the Speaker of Parliament, Edward Doe Adjaho, violated Article 60 (11)-(12) of the 1992 Constitution when he declined to be sworn in to act as President.

Some political scientists have challenged the interpretation of the constitution and argue that when the elected President, Nana Akufo-Addo is still acting in his capacity as President outside the country, it is unnecessary to swear in an acting President.