Tagoe: I’ll Knock Out Gusev In Seventh Round 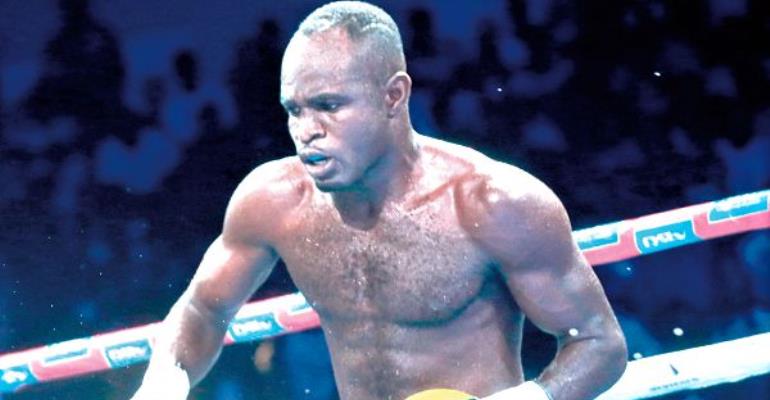 The 30-year-old, who defeated Namibian Paulus Moses to win the WBO Africa title last October, will be looking to improve his international credentials as he headlines the second Asamoah Gyan Fight Night Series next week.

Tagoe, who has won 29 out of 30 professional bouts, with 14 knockouts, has vowed to end the bout within the distance and with a big bang before he relocates to the United States of America under the management of Lou DiBella Entertainment.

In an interview with the Daily Graphic from his Oyarifa training base, Tagoe said he was in fine shape and reiterated his determination to ensure the fight did not travel the full distance.

“I will stop him in the seventh round.
He can’t last the distance with me. With this being my final outing in Ghana, I am looking forward to making my final home appearance a memorable one,” he added.

The boxer’s manager, Mr Abraham Kotey Neequaye, said Tagoe was preparing very well for the bout, which he believed would put him in good stead for a world title shot.

“Gameboy is really preparing well for this bout. As you know, he is the best lightweight boxer in the world and I know that he will beat Gusev come January 26.

“The significance of this bout is that after he wins the fight, he will be placed between one to fourth in the ratings and this will enable him to get a world title shot quickly,” Mr Neequaye told the Daily Graphic.

The bout is expected to be graced by IBF president, Mr Daryl J. Peoples; the vice-president for WBO Trans-Oceanic, Mr Danny Leigh, and Peter Kahn of the Lou DiBella Entertainment, the American promotional firm Tagoe is signed to.