BREAKING NEWS
GMT+2 03:19
Home General News Thank you for congratulating me on my victory – Akufo-Addo to Nduom, others 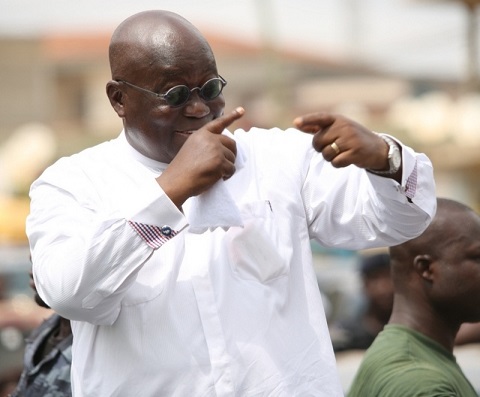 Thank you for congratulating me on my victory – Akufo-Addo to Nduom, others 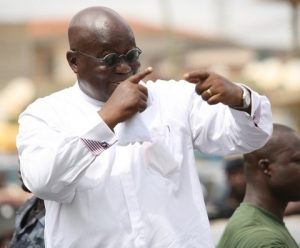 Some of the smaller parties contesting in the 2016 presidential elections have conceded defeat and have sent their congratulatory messages to the New Patriotic Party (NPP) and its flagbearer Nana Addo Dankwa Akufo-Addo.

Results so far from Wednesday December 7, 2016 presidential and parliamentary elections, showed that the flagbearer of the NPP, Nana Addo Dankwa Akufo-Addo is leading with NDC’s President John Mahama following.

The flag bearer of the Progressive People’s Party (PPP), Dr. Papa Kwesi Nduom in a short statement, said he has conceded defeat to the NPP as results made available to him indicate victory for the NPP.

According to him, the NPP has worked hard enough for its victory.

He wrote: “The wind of change has blown in his (Akufo-Addo’s) favour. The NPP worked hard for this victory.”
img src=”http://cdn.ghanaweb.com/imagelib/pics/16810849.jpg”>

Jacob Osei Yeboah, the only Independent candidate in the 2016 presidential elections, has also congratulated Nana Akufo-Addo for his “victory” as he concedes defeat to the opposition New Patriotic Party.

Others who have congratulated Nana Akufo-Addo are Ivor Kobina Greenstreet of the CPP, and Nana Konadu Agyeman Rawlings of the NDP.

As his contenders from the smaller parties keep congratulating him on his impending victory which is yet to be certified and announced by the Electoral Commission (EC), the NPP leader took to his Facebook page to thank them for conceding defeat and declaring him the president-elect in the 2016 elections.

Meanwhile the major threat to NPP, the National Democratic Congress (NDC) is still optimistic of being declared winners when the EC announces the results of the polls.