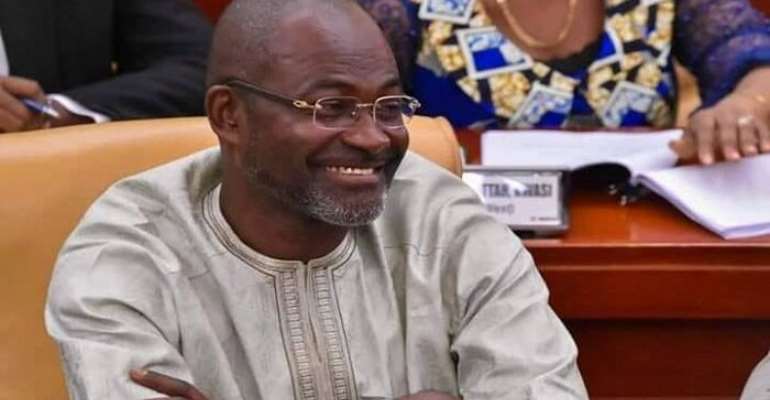 Justice Amos Wuntah Wuni of the High Court, Land Division, has been ordered by the Supreme Court to step down as presiding judge in the contempt case against the Member of Parliament for Assin Central, Kennedy Agyapong.

The Court also quashed all the proceedings that have gone on so far on the case, save for the order for Mr. Agyapong to appear before the High Court on contempt charges, as well as the charge sheet, and ordered that the case be returned to the registry of the High Court for reassignment to a different Judge.

His lawyer Alexander Afenyo Markin speaking to the media after the order said the Justices of the Supreme Court referenced the Montie 3 case.

He said the Justices said the affected judges did not sit on the Montie 3 contempt case hence the decision.

“The Supreme Court, having found in our favour our allegation of bias and procedural irregularities against the High Court Judge, has today [Wednesday], prohibited the High Court Judge from dealing specifically with this matter. By law, since the prohibition is in place, it means that all proceedings by the judge are again a nullity. Meaning everything must start afresh with new procedures followed. We respect the court, we are thankful to the Supreme Court. It’s been our case to have this matter resolved and that has been our posture,” he said.

“The Supreme Court made reference to the Montie 3 case and drew our attention to the fact that, in that case, those [the Judges] who were directly affected, did not sit on the matter. Therefore, my Lord Wuni, proceeding to hear the matter will amount to he being the judge in his own court. So on that ground, he’s been prohibited,” Afenyo Markin noted.

Mr. Kennedy Agyapong’s lawyers invoked the supervisory jurisdiction of the Supreme Court for orders of certiorari and prohibition against Justice Amos Wuntah Wuni’s hearing of the case.

They argued that Justice Wuni assumed jurisdiction in a matter that he wrongly assumed concerned him. They also insisted that Justice Wuni demonstrated extreme hostility towards the lawmaker during the trial and even refused to be persuaded by any legal reasoning in the course.

Lawyer Kwame Gyan, for Kennedy Agyapong, cited an off-the-record comment attributed to Justice Wuni, that, “if you touch a high tension pole you will be electrocuted”, which he said demonstrated the Judge’s hostility towards the Assin Central Member of Parliament.

Additionally, Kwame Gyan accused Justice Wuni of committing a “plethora of infractions which if not checked and halted by the Supreme Court may lead to a travesty of justice. Some of these infractions are grave”.

The Supreme Court, however, noted and conceded by Kennedy Agyapong’s lawyers that High Court is one under the country’s Court architecture and any High Court Judge was vested with the authority to preside over a contempt charge against the Court.

This notwithstanding, the Supreme Court, constituted by Justices Baffoe-Bonnie as President, Yaw Appau, Amadu Tanko, Yonny Kulendi and Gabriel Pwamang, decided that the High Court be reconstituted to hear the contempt charge against the Assin Central MP.

The Court’ reasoning behind this judgement is expected out on October 20,” 2020.