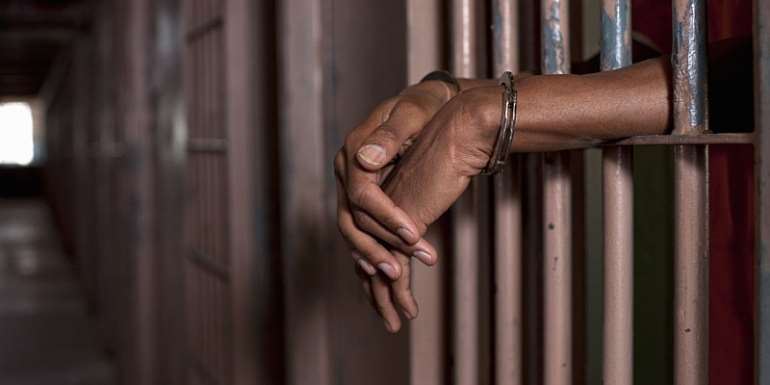 Two persons who stole GH¢ 1,020,500 in a bullion van in 2017, have been jailed four years imprisonment each by an Accra Circuit Court.

Bismark Abem, a Cash in Transit (CIT) Officer, and Eric Larbi, a driver were found guilty at the end of the trial on the charges of conspiracy to commit crime to wit stealing and stealing.

The court presided over by Mrs. Justice Jane Harriet Akweley Quaye, a High Court judge, sitting with additional responsibility as Circuit Court judge, sentenced them to two years imprisonment each on the charge of conspiracy to commit crime, to wit stealing.

On the charge of stealing, the court sentenced them to four years imprisonment each. The sentences are to run concurrently.

The convicts were to evacuate cash in the sum of GH¢1,020,500 on behalf of Standard Chartered Bank at Tema Main Harbour branch to its head office at High Street in Accra. They however diverted at Airport Hills and shared the money.

Sampson Atuah a dispatch rider was however discharged by the court.

The case of Prosecuting Chief Inspector Emmanuel Haligah is that the complainant, Jonathan Otuei is the Security Coordinator of Gocrest Services in Accra.

On February 7, 2017, Prosecution said Abem and Larbi were detailed by the Gocrest Services to evacuate cash in the sum of GH¢ 1,020,500 on behalf of Standard Chartered Bank at Tema Main harbour branch to its head office at High Street in Accra.

Prosecution said Abem and Larbi used a Toyota Hilux Van with registration number GE 2745-13 in the evacuation of the money.

According to prosecution, Abem and Larbi after collecting the money decided to steal it and therefore drove to Accra Airport Hill Area and shared the money.

Prosecution said Abem and Larbi abandoned the bullion van and kept their booties in “Ghana Must Go” Bags to their respective destinations.

Prosecution said the complainant who was expecting Abem and Larbi to deliver the money at about 1500 hours on the same day, became worried when at 1630 hours they did not show up.

Prosecution said Abem’s cellphone was called by the complainant to know where they were but the phone was off.

The complainant however spoke with Abem on Larbi’s Phone and asked him where they had reached.

According to prosecution, Abem told him they were heading towards Accra High Court Area, but Abem and Larbi never got to the bank’s head office.

Prosecution said the Inspector quickly took the money and Abem to the Accra Central Police Station and handed Abem and the money to the Police.

When the money was counted, the prosecution said it was totalled GHS480,500.00. Larbi on the other hand called his brother Atuah, from Teshie to his house at Israel and showed him his share of the money.

Prosecution said Larbi and Atuah decided to keep part of the money and presented GHS285,000.00 to the Police.

The Police, which doubted the amount in the custody, went with Larbi and Atuah to Larbi’s house.