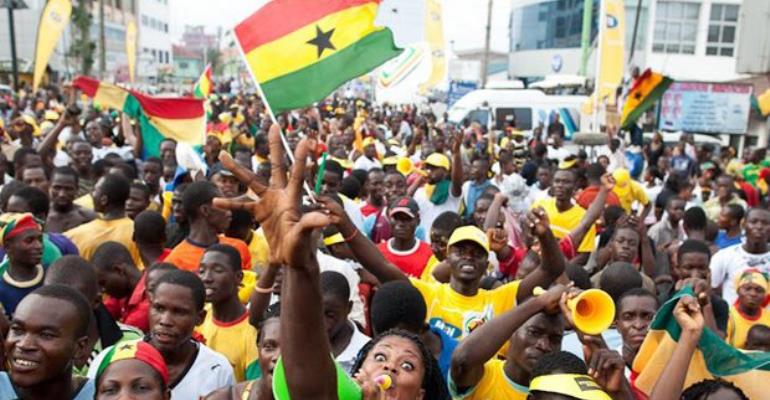 Living life as a 21st century Ghanaian, majority of the time you act like a libertarian. Someone might quickly ask, what does acting like a libertarian mean? It’s quite simple. You are tolerant and forgiving even under provocation. Generally, Ghanaians have the ability to be very forgiving.

That’s why in the ages past, people whose behaviour were condemned were still allowed to live their lives in harmony and not debarred. Its why, in this age, you don’t strike out at people because you disapprove of their behaviour or because they have contrasting views. You are hospitable and generous, that’s why you don’t deliberately give strangers directions to trick them into a corner to rob or endanger them.

It’s why you almost always wear a smile on the face, assist foreigners when they need help and sometimes even go the extra mile just to make them feel at home. You respect other people and you are respected by other people. It’s why you don’t say offensive stuff to other members of society but answer words with words or simply walk away if someone says something really offensive to you.

That’s libertarianism, you live life believing in voluntary principle rather than force and more importantly, you value your freedom and respect the freedom of others. That’s it. You act like a libertarian. It’s how I try to live my life, it’s how you try to live yours.

Then the first big question is, if we as a people act like libertarians, why isn’t it embedded in what our government does? We all know government isn’t magical, it’s made up of people like us. The only difference is, they exercise powers the rest of us don’t have.

Indeed, government reigns supreme but as our servants, never our masters. So why does government exercise arbitrary powers instead of voluntary persuasion as we individuals do? I mean, why does the government decide what children eat in our public schools instead of allowing the parents to decide what their children should eat? Or say, why government would persist to sign the Ghana-US military agreement when there’s a strong opposition from well-meaning Ghanaians who are concerned that it might take away Ghana’s sovereignty?

Hold on, aren’t you and I supposed to be the government according to democracy definitions? The well-known definition being Abraham Lincoln’s powerful words “government of the people, government by the people and government for the people”. Hence the talk that government carries out the general will of the people. Now, as Tom G. Palmer rightly elucidates, through elections we generate the will of the people even though a significant number of the people may not agree not least those who lost the vote by voting for the opposition but are forced to go along with the majority. For instance, if a citizen decided that his taxes or government revenue shouldn’t be used for say free education and thus voted against the candidate pledging it and lost the vote, he has no say but to go along with the majority that consented their taxes or government revenue be used for free education. So, if free education (a very good pro-poor policy) is introduced and you voted for the candidate who pledged it, it’s said you consented to it. True! And if you voted against that candidate, it’s also thundered that you participated in the process (election) by which a victor was declared, so you consented to be bound by the outcome.

Fine! And if you didn’t vote, or didn’t even have an opinion – then what? It’s still declared that you surely can’t complain now, since you forfeited your chance to influence the outcome by not voting. So As Herbert Spencer observed “curiously enough, it seems that you give your consent in whatever way you act whether you say yes, whether you say no, or whether you abstained from voting. Indeed, regardless of your action you consent even though you nonconsent. Consent now is meaningless because it tends to mean non-consent regardless”. So we’re back to the utopian claim that your political rivals consented that their taxes or revenues generated by the government (our government) be spent on free education irrespective of what opinion they expressed, or not voting for the free education pledging candidate.

This unequivocally means being a citizen (or resident) of a country means you’ve consented to everything government demands of you. Now individually, we don’t force or demand people to live a life we want for them, do we? And as individuals, our actions reflect that. Why then should government be any different? If I unreservedly act like a libertarian and you act like a libertarian, perhaps, I should be one, you should be and transcendently the government should be one too.

The next big question is, what does it mean to be a libertarian? A question I will try my possible best to answer. Being a libertarian means working to achieve and understating some simple rules which I will group into political freedom, economic freedom and social freedom and explain each in turn. Political freedom. Being a libertarian means understanding that government is efficient only when it’s small or it use of power is limited. When government is big or has unlimited powers, it spends too much which increases national debt which breaks the economy, it does too much and undermines responsibility, above all it promises too much and pretends it has all the answers which simply isn’t true. Government may be essential in providing an environment in which all persons and properties are secure.

But government that grows too large and turns over many of our choices to the political process returns us to the “war of all against all” with “winner takes all” upshot, the natural state of men before they entered into society, which is undesirable. Hence we’re more likely to want government to be small or have limited powers. Being a libertarian means caring about freedom for all, not a few, through refraining from harming the rights of other people.

Rights (which are not created by government but exist anterior to it) require rule of law (laws satisfying the minimum criteria of fairness, justice and consistent with the immutable laws of nature). It means respecting the rules of justice. Believing one has the right to do whatever one chooses within the allowance of the Laws. This means understanding that people have rights as well as you. Equal worth of each citizens!

This unequivocally leads us to social freedom. Freedom in society means being subject only to laws made by a legislature that apply to everyone, with a person being otherwise free from both governmental and private restrictions upon liberty as remarked by John Locke. A philosophy perfectly captured in our national motto of “Freedom and Justice”. Being a libertarian means realizing that, all are subject to the law, including the lawmakers, law enforcement officials, and judges.

Libertarians believe in and work for a world at peace, a world in which each person is free to pursue her or his own happiness, to act and to live so long as one respects the equal freedom of others. Economic Freedom. Being a libertarian means understanding the efficiency of free markets. Understanding that wealth creation, prosperity and progress is a product of free people working together, networking, saving, investing, creating, buying and selling not by government action. Although individuals may have incentives to cheat, the market also has mechanisms for punishing them if they do.

Firms that anger their customers or make bad products tend to go out of business. Underpinning the efficiency of free markets is respect for property or rule of property—what’s mine and what’s yours—from which each may act to improve his or her condition with a state necessary to enforce these rules of property as libertarians agree. Hence Libertarians want laws to protect our rights, essential for the well-functioning of our societies and also laws to facilitate our working together on projects we can’t accomplish alone.

These simple rules of political freedom, economic freedom and social freedom, spontaneously tend to generate order compared to the chaos generated by arbitrary exercise of government power with it intricate and sometimes incomprehensible actions.

Finally, the last big question is, why be a Libertarian?

The answer may sound absurd, but I believe it is, why not? I mean, when the spread of freedom is the best defense for the freed, why would you deny liberty to another person? Also I believe we all have some good reasons, in our ways, to be skeptical of much of what government wants to do or does. This should make us more willing to fight for our right to liberty. The kind not limited only to inheritors of one or another tribe or culture, or to practitioners of only one or another religion, or to speakers of one or another language but for all human beings regardless of gender, religion, color, language, nationality, or other features.