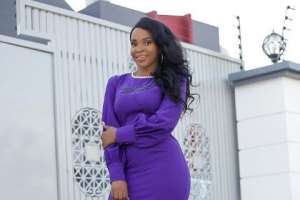 Speaking on the issue, the elegant actress explained that she would never abort her baby once she gets pregnant no matter the circumstances.

She revealed this during an interview on Celebrity Ride with Zionfelix.

Miss Gafah continued that even if she is going out with any man, she would use condom instead of getting pregnant.