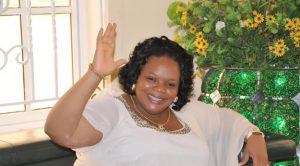 While addressing thousands of people who graced the 2016 edition of Imo State Bongo Music Awards, the Senior Special Assistant to Imo State Governor on Entertainment and Public Affairs, Hon. Chukwunonye Iruno, announced that Imo First Lady, Her Excellency Nneoma Nkechi Okorocha will be a special guest at the maiden edition of Divas Stage Tour.

Speaking further at the event which Bongo Music Maestro Ababanna was crowned King of Bongo Music in 2016, Hon. Iruno describe the day for Divas Stage Tour as when the entire state will stand still for the best of the best female talents in the entertainment industry of the state.

The event which is billed for Friday, November 11, 2016 at the Nze Dan Orji Bongo Center Owerri, Imo State will be featuring only female musicians, comedians, DJs, dancers and other OAPs who are expected at the event.

Divas Stage Tour which is packaged by O’town Gist Media and Entertainment in partnership with the office of the SSA to Imo State Governor on Entertainment and Public affairs has been described as a gateway to the development and promotion of female talents in the state.

Mr. Chinedu Hardy Nwadike the CEO of O’town Gist Media and Entertainment said the event was designed as a platform that will make female talents the main attraction on stage. He further stated that the event is not a competition and is just a normal concert with the only difference being that only females will be performing.

“Our slogan is girls do it all”, he said, adding that if the girls are always getting the opportunity to perform on well publicized high-profile events, there is no way they will not be known.

“They are not known because they always get less than ten percent of the performance slots because there are more males and in most cases they will never have what it takes to start fighting for performance slots in events. A platform like this will break that barrier and we are extremely grateful to Hon. Iruno who is powering the event as well as the first lady who is always dedicated to bettering the life of women and the girl child in the state” he concluded.

On the list of the artistes are Floxy, Donna May, Vivada, Rini Hillz, Nony, Amarulah, Divalil, Kisha, Vasecc, Glitzy, Blossy, Sparks, Cique, Ayomide, Neche and Golda, while the likes of Ice, Girl Wizzy, Favy, Jenny, Young Meek are among the dancers. Comedian ‘Another Miracle’ and Sandizzy will be joined on the microphone by some female OAPs, while on the wheels of steel has been conformed to be Dj Alex.

The event holds in Owerri, the capital city of Imo State on Friday November 11, 2016 at Bongo Center Owerri, kicking off with red-carpet by 5:30pm