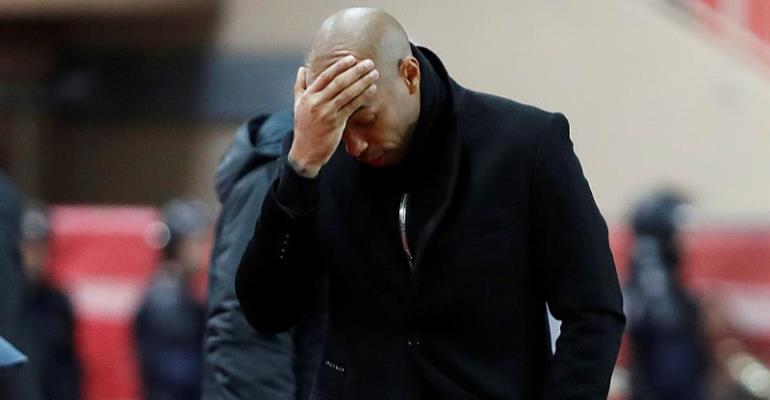 Nice moved up to sixth on Wednesday following a 1-1 draw with Monaco at the Stade Louis II. The stalemate left the hosts in 19th place with 15 points after 20 games. Thierry Henry’s men are three points off the haven of 17th.

Henry’s malheurs contrast sharply with the steady progress of his erstwhile Arsenal and France teammate, Patrick Vieira, who has been at the Nice helm since June 2018.

After a tricky start, Vieira, 42, has steered the club to the relative monotony of mid-table.

Their first confrontation as coaches added a friendly frisson to the Cote d’Azur derby.

“It was strange,” said Henry after the game. “We played together for a long time and we came up the steps together from the dressing rooms. We had a little chat but we were both focused on the match.”

The 41-year-old added: “A point is not enough but we could also have been talking about a defeat here.”

Henry has only won twice in 11 league games since being appointed in October. His quest for survival has been bolstered by the arrival of four players including his former Arsenal teammate Cesc Fabregas.