BREAKING NEWS
GMT+2 03:07
Home Life Style No, It’s Not Wrong Biblically; What I Told My Teenage Daughter About Oral Sex

No, It’s Not Wrong Biblically; What I Told My Teenage Daughter About Oral Sex 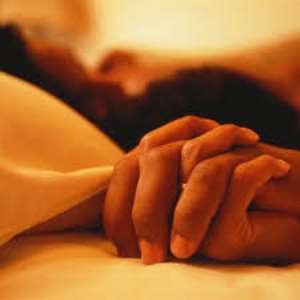 My teenager daughter talks with a lot of teens from her school. She asked me if oral sex was a sin and scripture to support it? I told her their was no exact scripture on oral sex but oral sex between a married husband and wife was not wrong or a sin. And oral sex between unmarried couples and mutiple sex partners was wrong and a sin.

I explained when a couple is married, intimacy requires foreplay by both the husband and wife; especially the husband. I said what if the husband or wife doesn’t have limbs to help them foreplay their spouse?

They are going to resort to any body parts they have to help satisfy their spouse. And at times that will include their lips, and mouth.

Therefore many couples with all their body parts will use their lips and mouth to maximize their love making.

However some don’t; they use the traditional method, “WAM, BAM Thank you ma’am formula.” She said what is that?

I said that’s when a man never foreplay you, just penetrate you and he’s the only one that has an ogransim. I said that’s a boring husband!!! She said oh, that’s why marry people cheat?

I said not necessarily, some people cheat because they have no Discipline or Control when their hormones get heated.

I said however the husband and wife both need to explore, fresh fruit, chocolate, whipped cream with a nozzle, some sexy lingerie and boxers, wine is optional, some romantic music, affection and love notes in their intimate sex sessions and Marriage.

Tell him their sex boundaries you both don’t cross.