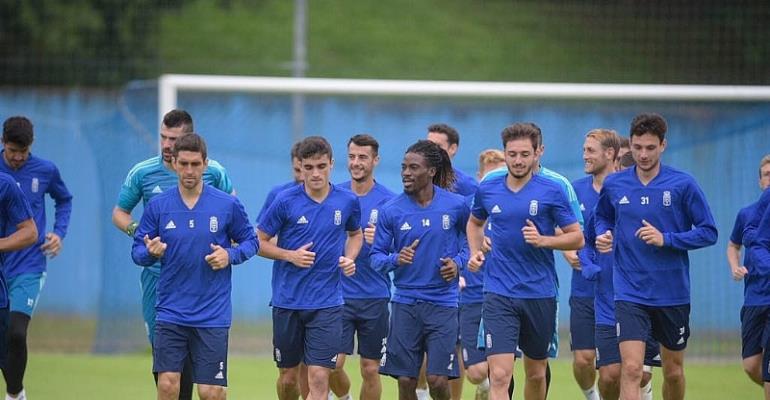 Real Oviedo midfielder Ramón Folch believes the acquisition of Richard Boateng makes the team strong ahead of the forthcoming campaign.

Boateng joined the Blues on a two-year deal from UD Melila in the ongoing summer transfer window.

The 25-year-old has already hit the ground running with remarkable performances in their pre-season training games.

According to Spanish midfielder Ramón Folch, expressed his belief that the signing of the former Liberty Professionals midfielder could help Juan Antonio Anquela’s side achieve greater things in the upcoming campaign.

‘In this summer transfer window, we’ve really strengthened the team with a lot of quality players. We have a great group and now it’s time to get to work.’

In addition, referring to his three new teammates in the midfield, the Catalonian stated that, ‘Tejera was my rival in the derbies. I like him a lot more as a teammate than as an opponent. Javi MuÃ±oz is a very good player; we played really well together. Boateng is a very explosive player who can score goals. It’s good to have so many different kinds of players.’