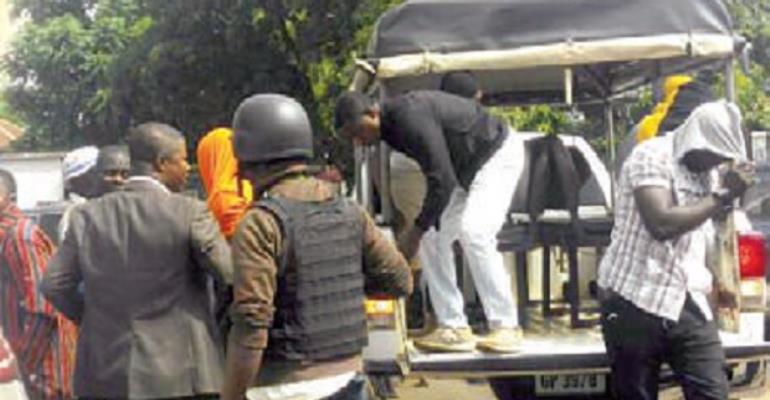 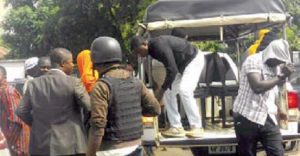 Thirteen members of the Delta Force – a vigilante group linked to the New Patriotic Party (NPP) – who were remanded for two weeks by the KMA Circuit Court over charges of assault, temporarily walked to freedom yesterday.

This was after the High Court 5 in Kumasi, presided over by Justice Obiri Yeboah, had granted a bail application by the lawyers of the 13 members of the group who were freed by their colleagues.

Bail Order
The court ordered that each accused person should settle a bail bond of GH¢10,000 with two sureties, who should be residents of Kumasi, adding that passport pictures of the accused persons should be provided.

Justice Obiri Yeboah also ordered that the accused persons should report once every week to the investigating officer who is handling the case before hearing of the matter on April 20.

Lawyer’s Plea
Mathew Appiah, lawyer for the accused persons, argued that his clients are not bad people, noting that all the 13 people voluntarily reported themselves to the police after they were accused of attacking George Adjei, the Ashanti Regional Security Coordinator.

He added that the police granted his clients (a police) enquiry bail and all the 13 members continually reported to the police and supported the investigations into the matter.

The lawyer also stated that the 13 people surrendered themselves to the police after a mob had stormed the KMA Circuit Court, which compelled them to run away to protect their lives.

Justice Obiri Yeboah was convinced about the argument of the counsel and granted the bail application.

They have been charged with rioting, causing unlawful harm, conspiracy to commit crime and assault on a public officer. Hearing of the case would take place at the KMA Circuit Court on April 20.

Genesis
Some stoutly-built men of the Delta Force caused a stir as they invaded the Regional Coordinating Council (RCC) where they dragged Mr George Adjei – whose appointment they opposed – from office, a couple of weeks ago.

The accused persons surrendered themselves to the police and they were arraigned before the court on four charges, including assault, and they were remanded for two weeks.

Soon after the judge had remanded them, a mob, suspected to be members of the Delta Force, stormed the courtroom, caused commotion and in the process, the 13 accused persons fled.

Eight people, who were suspected to have helped the 13 people to escape from court, were arrested by the police and they have since been remanded into prison custody for one week by a Circuit Court in Kumasi.