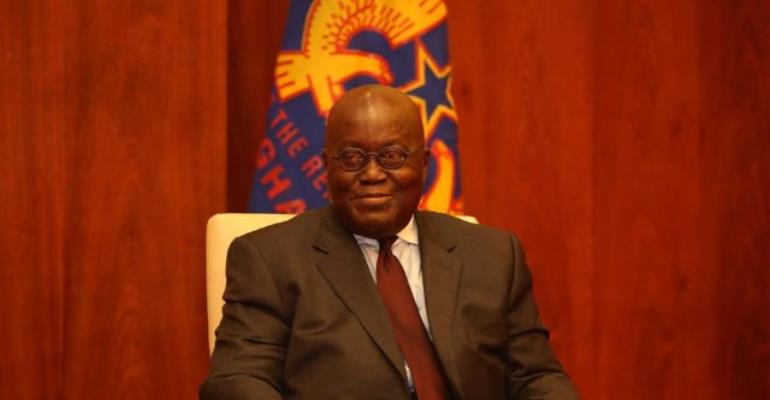 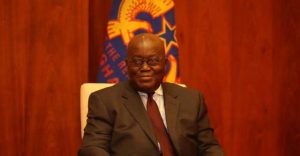 We commend the teams of both the John Dramani Mahama-National Democratic Congress (NDC) and that of the Akufo-Addo-NPP government for working out a relatively smooth and peaceful transfer of power. They exhibited high levels of cooperation and accommodation, notwithstanding the occasional disagreement and miscommunication.

We commend President Akufo-Addo for the speed with which he assembled his team of ministers and deputy ministers for the takeoff of the new government. We also applaud the efforts the president made to explain the rationale behind the nomination of specific individuals for the respective ministerial positions. This practice suggests the willingness of the President to subject his own logic and reasoning to broad scrutiny – a healthy development for Ghana’s nascent democracy, if sustained.

We further commend President Akufo-Addo for giving impetus to the fight against corruption by allocating a substantial GHC 1.2Million to the Commission on Human Rights and Administrative Justice (CHRAJ) to implement activities under the National Anti-Corruption Action Plan (NACAP).

Finally, we commend the president for the declaration to put an indefinite freeze on the purchase of new vehicles and completely terminate the standing policy that allowed government appointees to purchase their official vehicles. CDD-Ghana deems these decisions as important symbolic steps towards promoting good public financial management. In respect of the latter policy, the Center recommends that the Akufo-Addo/NPP government pass a comprehensive law on the disposal of all public assets to provide a long-term guideline for the disposal of public assets.

However, a number of developments in the first 100 days of the Akufo-Addo/NPP administration give us cause for dismay. First, the many instances of NPP-affiliated vigilante groups’ forceful takeover of state assets and public facilities (including toilets, toll booths, school feeding programs, etc.) and the unlawful seizure of vehicles of members of the previous administration put a dent on the hitherto smooth transition process. Worse still, the failure of government, and law enforcement agencies to deal decisively with the NPP-affiliated vigilante groups, mainly the Delta and Invincible Forces, that invaded sensitive government installations such as the passport office and Tema Ports and Harbor, appears to have encouraged the recent brazen attacks on the Ashanti Regional Security Coordinator and a Circuit Court in Kumasi, by the so-called Delta Force.

CDD-Ghana acknowledges the public commitment the national security hierarchy has made to bring those involved to justice fully as endorsed by the President. The Center fully endorses the calls for the immediate disbandment of all political party-affiliated vigilante groups to uproot this threat to national security.

However, the Center is convinced that, the more credible way to deal with the canker of militant party-affiliated vigilantism should, start with proactive de-politicization of state/government control of the police and other national security agencies, including the appointment and transfers of their leadership. It also requires a firm stance to end the accompanying partisanship in the deployment of security agencies – which breeds impunity among incumbent government supporters and fosters mistrust among opposition party supporters.

CDD-Ghana feels badly disappointed by president Akufo-Addo’s decision to appoint 110 ministers. It flies in the face of the president’s own declared commitment to protect the public purse as well as its longstanding good governance advocates’ campaign for meaningful reduction in the size of government and resultant government spending. We believe that the appointments of so many politicians to manage the state bureaucracy will further deepen its politicisation and undermine its authority.

We are also disturbed by the continuity in practice after electoral turn-overs whereby the chief executive officers and senior managers of public agencies and parastatals are summarily removed or asked to “proceed on leave,” and to handover to a caretaker officer/acting CEO. Such actions are inconsistent with good corporate governance practices, it fosters politicization of the public service as well as political exclusion, and undermines the fight against winner takes all politics. The Center deems the interpretation of who is a political appointee under Section 14 (6) in the Presidential Transition Act 2012 too broad and badly in need of review informed by best practice.

The Center is very much aware that 100 days into a new administration may be too short a time to fully assess a government, and to get a full measure of what the President and the NPP government can do to fulfil its transformational agenda for Ghana. Nonetheless, it does present an opportunity for a new government to take stock, build on the positive steps and achievements and also correct mistakes it has made. It is our fervent hope that going forward the President and his team will embrace this opportunity to address the many governance challenges that the Country faces, some of which have been noted by the Center in this statement.