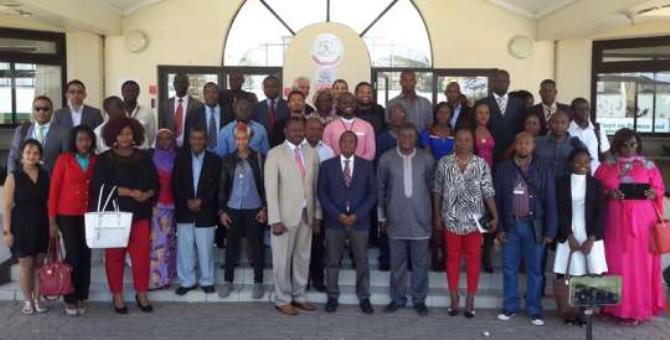 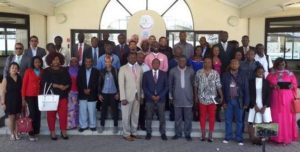 Accra, Nov. 11, GNA – The African Court on Human and Peoples’ Rights (AfCHPR) is to climax activities marking a decade of human rights protection on November 21- 22, 2016, at Arusha, the United Republic of Tanzania.

The African Court was established by the African Union to complement the protective mandate of the African Commission on Human and Peoples’ Rights with a view to enhancing the enjoyment of human rights on the continent.

The rest are the United Nations Office of the High Commissioner for Human Rights (OHCHR); African Committee of Experts on the Rights and Welfare of the Child; and the African Commission on Human and Peoples` Rights (ACHPR).

In an interview with the Ghana News Agency, Justice Sylvain Ore, President of the African Court, explained that since becoming operational in 2006, the Court had charted a viable path for the protection of human and peoples’ rights on the continent.

‘Within a decade of its operationalization, the African Court has already brought about renewed hope and optimism within the African human rights system, and positioned itself as a veritable instrument in the quest for regional integration, peace, unity, good governance, respect for human rights and development,’ he said.

Justice Ore said the jurisprudence of the African Court within this period reinforced the widely held view that respect for human rights provided a foundation upon which rested the political structures of human and peoples’ freedoms.

He explained that the achievement of human freedoms, in turn, generated the will as well as the capacity for economic and social progress, leading to the attainment of sustainable peace.

‘There is therefore reason to be optimistic about the African Court’s role in the new African dispensation,’ Justice Ore told the GNA.

He said it was adopted by member-xtates of the then Organization of African Unity (OAU) in Ouagadougou, Burkina Faso, on June 9, 1998, (hereinafter, the Protocol).

Justice Kioko said the Protocol came into force on January 25, 2004, after it was ratified by more than 15 countries. However, the African Court became operational only in November 2006 when it officially started working in Addis Ababa, Ethiopia, and later moved to its current seat in Arusha, Tanzania.

The African Court Vice-President explained that although the Protocol was adopted in June 1998 by the then OAU, 17 years later, only 30 of the 54 African Union member-states had ratified it.

As part of activities, a commemorative symposium would be held to educate the citizens on the successes, weaknesses, and challenges, and brainstorm on ways to ensure the Court plays a meaningful role on the protection of human rights in particular, and good governance as a whole.

The overall objective of the Symposium is to assess the work of the Court in the last 10 years with a view to making recommendations that will enhance the effectiveness of the Court for the future.

It will also examine the jurisprudence of the Court, create avenue for sharing experiences from other regional and sub-regional human rights institutions concerning their judicial function during the early years of existence and garner opinions on how to enhance the legitimacy, access and effectiveness of the protective mandate of the Court.