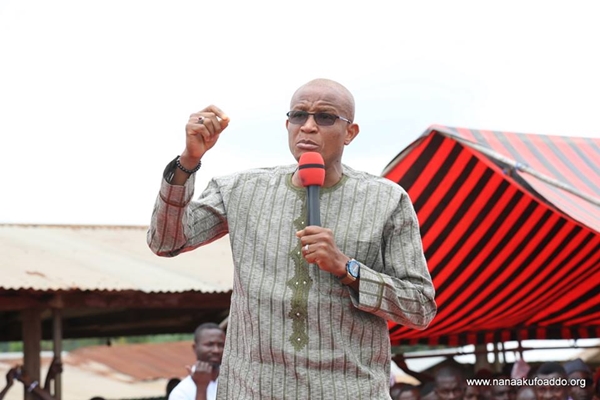 Blame your supporters not the police – NPP replies Mahama 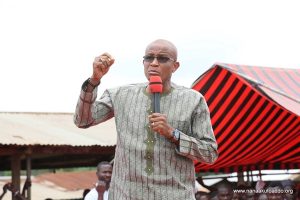 The opposition New Patriotic Party is accusing president John Mahama of needlessly blaming the police for Sunday’s clashes between supporters of the governing National Democratic Congress and the private security guarding the residence of the New Patriotic Party flagbearer Nana Akufo-Addo.

Spokesperson for the NPP leader Mustapha Hamid said at the very least, the president could have “admitted to the indiscretion” of his supporters and reprimand them.

“To blame the police is to shift the goal post,” he indicated in an interview on Joy News, Tuesday.

The president blamed Sunday’s clashes between the NPP and the NDC on what he said was the poor briefing of the police.

There was near bloodbath Sunday morning when supporters of the NDC who had gone for a walk clashed with private security guarding the residence of the NPP flagbearer.

Shots were fired in the air, stones and bottles were thrown in the scuffle that lasted several minutes.

The cause of the clashes is not immediately known as followers of the two parties give conflicting accounts of what happened.

What is clear though is that, the police, whose station was adjacent to the residence of the NPP leader were slow in reacting. They nonetheless restored law and order.

Two days after the incident, the president has condemned the clashes fearing it could have gotten out of control.

In a discussion with officials of the TUC, the president said if the police had been properly briefed, perhaps, the clashes would have been averted.

“I think that the police at Nima should have been better briefed knowing that this group was passing through,” he said.

But Hamid is not amused with the comment by the president. He told Joy News’ Evans Mensah “actions speak louder than words,” and the president must walk his talk.

He said the NDC supporters who had embarked on the health walk could easily have gone their way without veering off to the residence of the NPP flagbearer.

“What they did is not allowed in a democratic dispensation,” he pointed out.

Moustapha Hamid said failure by the president to condemn his followers only fuels the perception that some people are above the law and could do anything and go scot free.

He cited an audio which has gone viral in which a supporter linked to the governing party is heard boasting on air of having a reputation of killing and maiming people.

Hamid said if he or any member of the NPP had made any such comment, the police would have invited him by now.

He said instead of the president blaming the police, he should rather assure them that nothing will happen to them if they were to apply the law fairly.