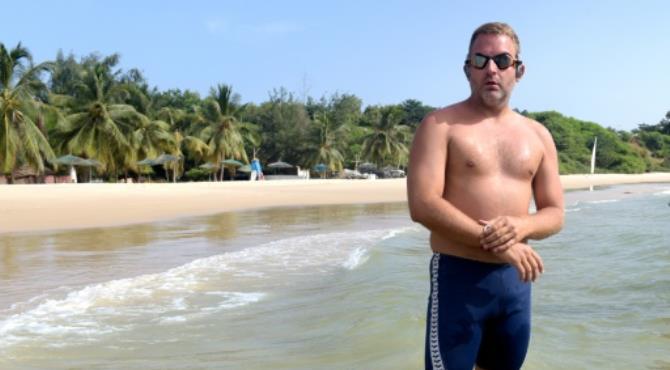 Briton sets off to swim across Atlantic, after delay 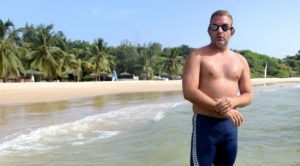 Dakar (AFP) – After a delayed start, a former British policeman aiming to swim across the Atlantic finally set off Sunday from Senegal, bound for Brazil more than 3,000 km away.

“Here we go,” said 38-year-old Ben Hooper, as he tugged on his goggles and said goodbye to loved ones and supporters on the beach of an hotel in Hann Bay, in the east of Dakar.

“To the whole world thank you very much for your support,” he said, before striding into the waves at the start of the record-breaking attempt, expected to take nearly five months.

Hooper was supposed to leave Africa’s western coast from Dakar, Senegal at the start of November but delayed his departure due to a problem with the support vessel. He postponed it again several times, until actually setting off on Sunday.

He has been preparing for over three years for the immense journey that will see him swim up to 10 hours a day across the Atlantic. “It has been a long time coming,” he said.

Hooper was inspired to attempt the feat by two fearless English explorers: Ranulph Fiennes, who reached both the North and South poles overland, and Vivian Fuchs, the first man to cross the Antarctic on foot.

Hooper’s journey will be observed by a Guinness World Records representative who will join a crew of 10 supporting the swimmer.

His crossing will be filmed and can be tracked on his “Swim the Big Blue” website.

Only one man has achieved a comparable feat before: Frenchman Benoit Lecomte, who swam across the Atlantic in the other direction in 1998, from Cape Cod to Quiberon in northwestern France.

But he did not make the Guinness book of records because fatigue forced him to rest up in the Azores for nearly a week.