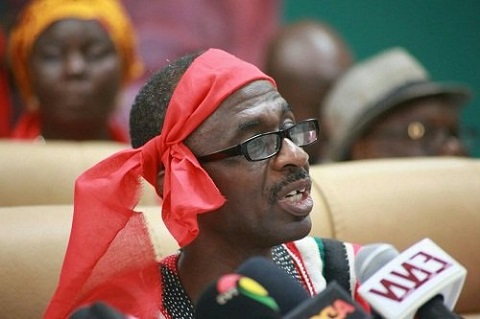 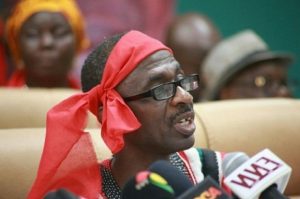 According to him, the party lost confidence in ASP Tiwaah Addo-Danquah after an audio that made rounds on social media suggested that ‘she is in that position to protect the government of Nana Akufo-Addo.

The tough-talking NDC politician was picked up at the Accra International Press Center by plain-clothed officers.

The NDC was holding a press conference to react to the controversial Ghana-US Military Cooperation agreement when the personnel in police uniform sought to arrest Koku Anyidoho.

Asiedu Nketia and NDC Chairman, Kofi Portuphy, however refused to hand him over to the men and rather escorted him to the Police Headquarters.

According to Asiedu Nketia, the leadership of the NDC upon arrival at the Police headquarters handed Anyidoho over to the Police CID.

Interestingly, Asiedu Nketia said the NDC does not trust the head of the CID as she has proven to be a sympathizer of the NPP government.

Reacting to the comments of Asiedu Nketia, the Youth Organiser of the NPP, Sammi Awuku, said the claims of the NDC scribe lacks merit as according to him, the CID Boss is a professional police personnel.

“Maame Tiwaah is one of the most decorated Police that we have currently, she joined the police service when the NPP was not in power and won awards under Rawlings…,” she said.