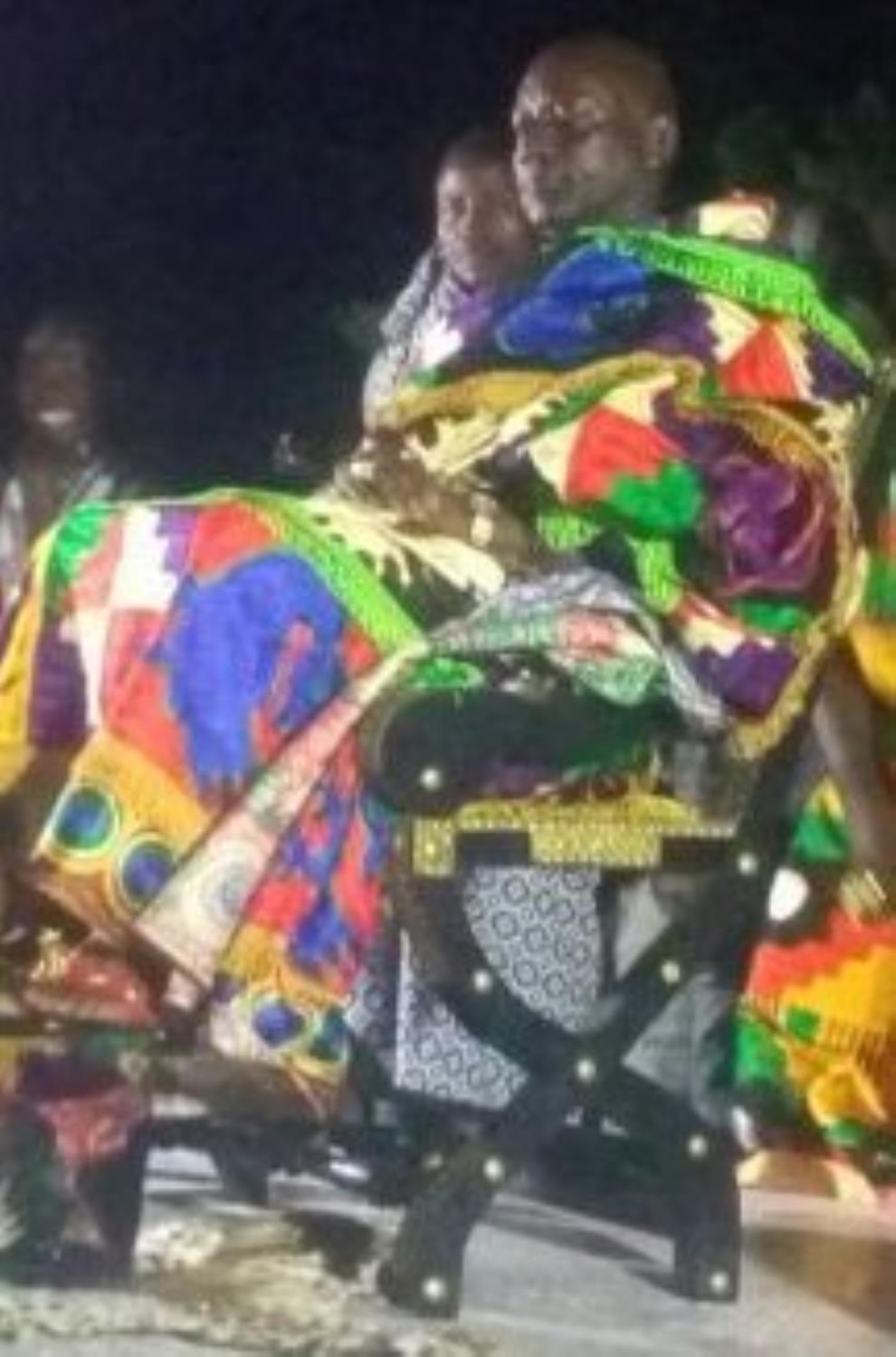 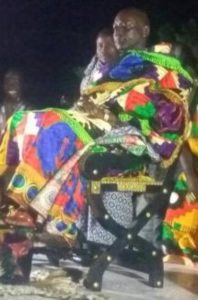 Denkyira-Obausi (CR), Aug. 9, GNA – Nana Agyei Nkyireye, the Acting Paramount Chief of the Denkyira Obuasi Traditional Area, on Monday called on Ghanaians particularly the family of the Late Major Mahama Adams to forgive the community for the barbaric act and once again accept them as a part of the country.

‘About 70 days ago, this bitter incident occurred in this community that had given us a bad name…but we have prayed and fasted for the Lord’s forgiveness and we know that the country can also forgive us,’ the Chief added.

To this wise, the community, Denkyira Obuasi had been renamed ‘New Obuasi’ in an attempt to calve a new image and identity for the future of the community.

Nana Nkyireye at a durbar to welcome the President of the Republic of Ghana to the area as part of his three-day tour of the Western Region said the leadership of the community would also collaborate with security agencies to ensure that justice was brought to book.

‘I have personally devoted my time and resources in the fight against instant justice,’ he added.

President Nana Akufo- Addo responding to the plea of the Chief said, ‘I entered this community with a saddened heart as I reflected on that wrongful incident and as a nation, we should say never again should this happen’.

He said Ghana was noted for its gains in civilization, rule of law and democratic credentials and that the laws of the land must be allowed to work rather than some individuals taking the laws into their own hands.

The President said the reputation of the country in the eyes of international community must be protected.

‘For those arrested, I pray that the law work at establishing and dealing with the bad nuts’, he added.

On development, the President assured them that: ‘You are still part of Ghana and you will not be sidelined in anyway because of your misbehaviour’.