BREAKING NEWS
GMT+2 04:30
Home General News Don’t let anybody, not even me, control you — Akufo-Addo to new NCCE chair

Don’t let anybody, not even me, control you — Akufo-Addo to new NCCE chair 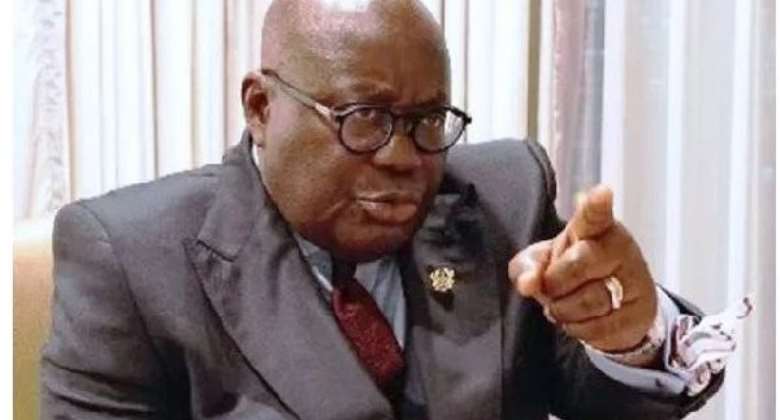 President Nana Akufo-Addo has assured the new Chairperson of the National Commission for Civic Education of government’s commitment to provide logistics for the execution of her mandate as enshrined in the constitution.

He, therefore, urged Kathleen Addy to pursue a stakeholder consultation for the successful fulfillment of the Commission’s mandate.

President Akufo-Addo reminded the new NCCE Chairperson about her independence as stipulated by the 1992 Constitution, asking her not to be subject to the control of any authority.

“I assure you Madam Chairperson of government’s recognition as enshrined in Act 452 of the independence of the NCCE,” he said.

“Madam Chairperson, I need not remind you that you are not subject to the direction or control of any person or authority in the performance of your functions, including myself as the head of the Executive.”

The President was speaking at the swearing-in ceremony for Madam Kathleen Addy as the new Chairperson of the NCCE at the Jubilee House on Thursday, June 16.

She was appointed to replace Madam Joseph Nkrumah , who resigned from the position to take up an ambassadorial role in the Economic Community of West African States (ECOWAS).

President Akufo-Addo raised opposition to concerns by some elements that the NCCE has become inefficient in the discharge of its functions.

He stressed that all the functions of the Commission are even more relevant today given the recent agitation by some elements for the overthrow of the Fourth Republican Constitution.

“Despite concerns raised in some quarters about the effectiveness of the NCCE and the discharge of its functions with some going so far to advocate for its abolition, I am of a different opinion.

“I believe the NCCE continues to be relevant and still has an important role to play in helping establish a culture of awareness in our country in which citizens are alive to their civic responsibilities and duties especially at this time when some irresponsible elements within the body politic are calling for the overthrow of the constitutional order.”