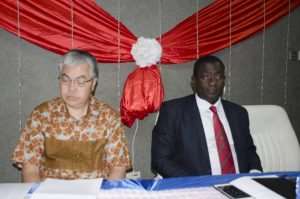 Management of the Komfo Anokye Teaching Hospital (KATH) has projected about 15 million Euros as an amount needed for the retooling the facility.

Equipment that has been installed at the facility for over an extended period and exceeded their lifespan has not been replaced.

Although the equipment is still useful and used in successful healthcare delivery, management of the facility said the cost of maintenance of the machine is high.

It is, however, calling on Government to help retool the facility to avoid the existing equipment from breaking down.

Chief Executive Officer (CEO) of KATH, Dr. Oheneba Owusu-Danso who made the appeal at a ceremony to launch an Automated Urinalysis Equipment at the facility expressed concern over equipment issues at the facility- describing it as “not the best.”

“It is not the best because we have had equipment that has been installed for a long period of which we have challenges in terms of retooling for their replacement. Some of the ultra-modern equipment is so sensitive that they give us up-to-date and very reliable results, but because of the delicate nature when they break down, they are sometimes very difficult to repair,” he explained.

He indicated that some equipment at the Accident and Emergency Unit for instance which are due for replacement, have exceeded their lifespan.

He said though the cost of maintenance for the equipment is high, there have been comprehensive and routine maintenance to keep them running. Dr. Owusu-Danso called on Government to assist in the retooling of the facility.

“The overall cost that is going into the replacement is about Fifteen Million Euros, and it is a lot of money. And we think that it is such investments that definitely we need central Government to come to assist”, he appealed.

The 82,889.00 Euro state of the art equipment will help the hospital improve on its diagnoses of both communicable and non-communicable diseases. It is under JICA’s collaborative two-year project with the Japanese private sector for the dissemination of the technology of the device. 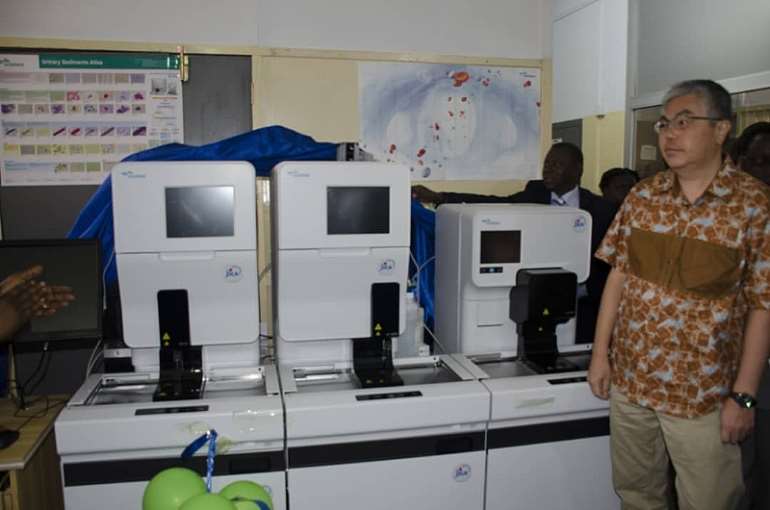 The equipment, which is the first of its kind in West Africa can perform an array of urine and other body fluid analysis for 70 samples within an hour, bringing its total daily output more than 1,200 with accurate and more specific results of the biochemical contents of samples.

The device can also pick up early signals of diseases arising out of organ malfunction or tissue damage.

CEO for the hospital said the equipment would enhance the hospital’s capacity to scale-up laboratory services to other health facilities in the Region, both private and public and make positive impacts on specialists care for patients.

He thanked JICA and Sysmex for selecting KATH as one of the two facilities in Africa to benefit from the project and indicated that the gesture would re-position KATH as the leading provider of specialists’ healthcare services in West Africa.

Chief Representative of JICA, Hirofumi Hosh, said the Agency was focused on of providing schemes that supported the development agenda of African nations.

He said Japan had aided the country in the health sector in the areas of child nutrition and Agricultural mechanization adding that the cost-effective, self-supporting equipment would go a long way to boost healthcare delivery in the country.

Executive Director of SYSMEX who gave an overview of the project, said the project, which starts in August this year, will end in February 2020.

He mentioned the centrality of KATH’s location and the fact that it is a referral centre serving a vast clientele from the three Northern Regions and other neighboring countries, as reasons for its selection for the piloting.

The various components of the project ranged from training, maintenance and research.