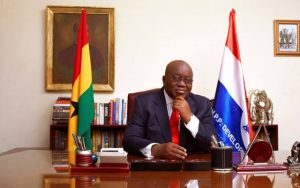 Mr Akufo-Addo of the opposition New Patriotic Party (NPP) beat incumbent John Mahama and five other candidates to be lucky in his third try at the presidency.

The other candidates had the following votes:

Prior to the declaration of the results, the two major parties had each claimed victory.