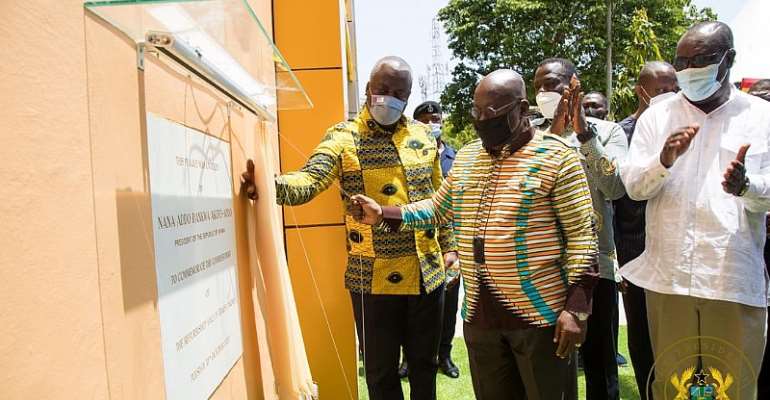 President Akufo-Addo has urged political parties and Ghanaians as a whole to eschew violence before, during and after the upcoming general elections.

“On the larger issue of the peace of our nation in these sensitive times, let me assure you of the wholehearted efforts that are being made by my government and I to ensure the peace and stability of the nation, as we enter the home straight of the electioneering campaign. I am calling on all political actors and the citizenry, as a whole, to commit themselves to a peaceful process, and to forego any resort to violence.” 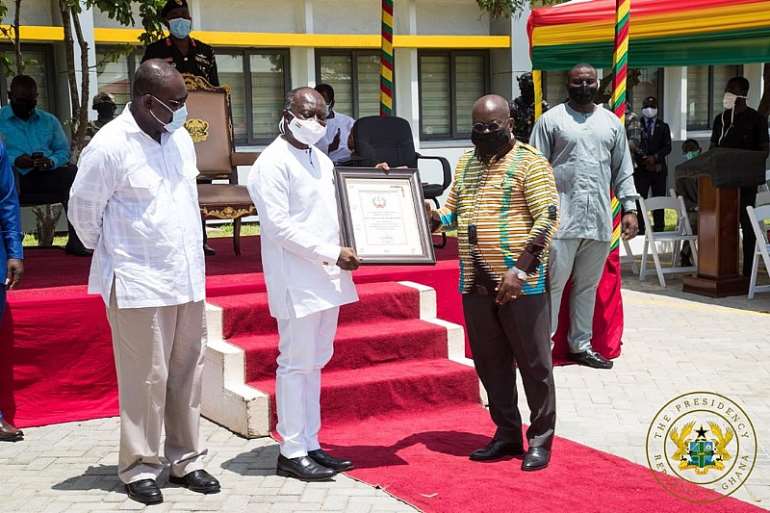 Nana Addo Dankwa Akufo-Addo gave the advice on Tuesday, 13th October 2020, when he commissioned the refurbished Hall of Trade Unions of the Trades Union Congress. 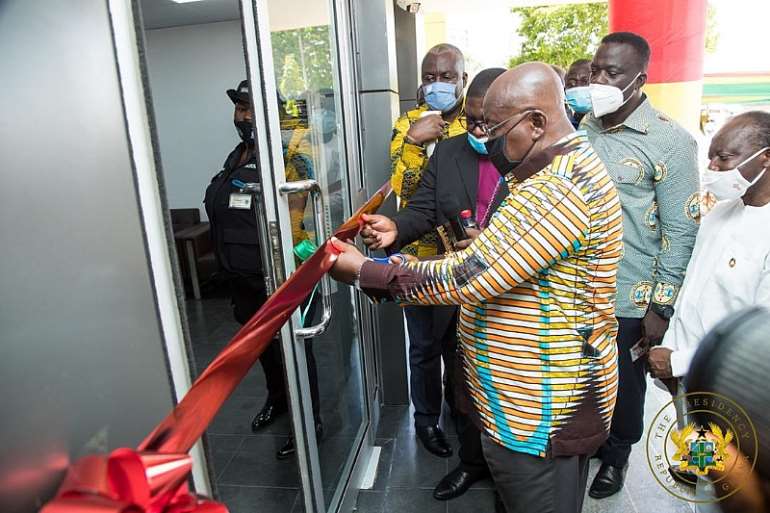 According to President Akufo-Addo, “The Inspector-General of Police, and the other heads of the law enforcement agencies, have made abundantly clear their determination to enforce the laws of the land, including the law banning vigilantism, in an impartial, even-handed manner, without recourse to political colour, to secure the peace of the nation. I support fully their attitude, and will give them my maximum backing”. 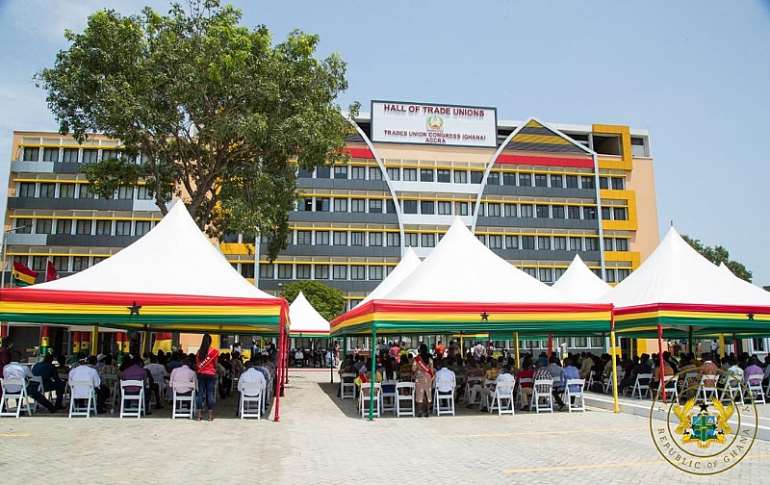 Recounting his commitment to maintaining the peace and stability of the country on several occasions, the President noted that, in 2008, he accepted the results of a closely fought election, which was won by the slimmest of margins, some forty thousand (40,000) votes, without asking for a recount.

“Again, in the disputed elections of 2012, I protested the outcome in the highest Court of the land, and, after proceedings that lasted eight months, I accepted an unfavourable verdict, called on my followers to respect the decision of the Court, and Ghana came out with her democratic credentials enhanced, and the peace and stability of the nation maintained,” he added. 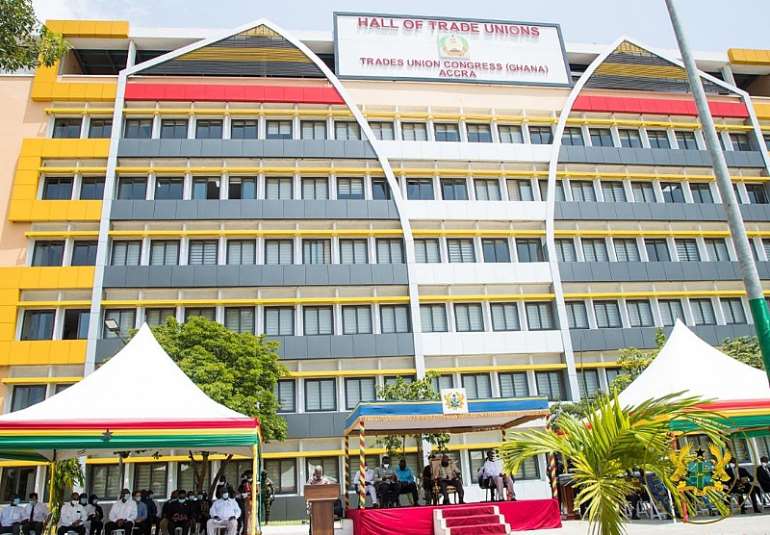 The New Patriotic Party, the President stressed, has proved to the world “that we were willing and able to submerge our individual and partisan preferences for the common good.”

The Party, he added, demonstrated “that it was not the ambitions of Akufo-Addo, nor the fortunes of the NPP, that we sought to promote. The stability and progress of Ghana, and the enhancement of her democracy, were the paramount considerations that guided our every action in those difficult days,” he added. 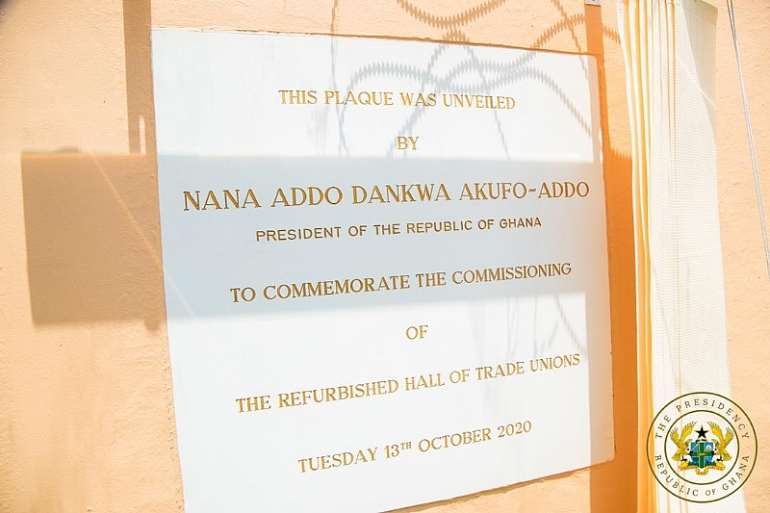 Ghana, President Akufo-Addo noted, has rightly earned a reputation as the pacesetter in democratic governance on the African continent, a reputation he is determined to uphold and, indeed, enhance, prior to, during and after the 7th December elections.

“I would need, of course, the full collaboration and co-operation of the entire citizenry, including members of Organised Labour, to help attain this end. We have all to work together to create an environment that will allow the Ghanaian people to make their decision on 7th December in freedom, peace and security. It is their right,” he added. 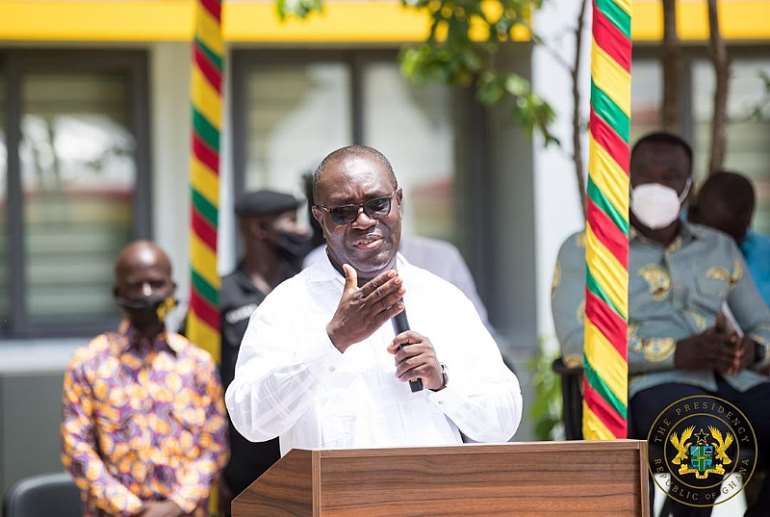