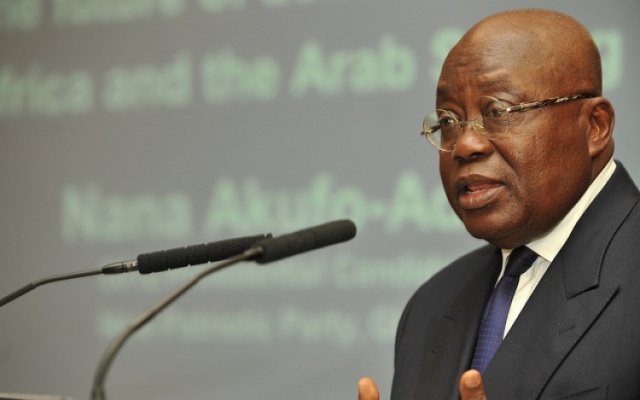 Feature: Is Nana Akufo-Addo going to be third time lucky? 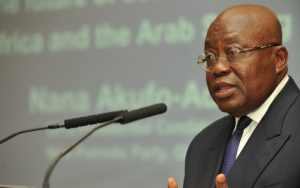 Ghana’s main opposition presidential candidate Nana Akufo-Addo may have lost the two previous elections, but the way he handled those losses resonates with many people in the build-up to Wednesday’s poll.

He is credited with preventing possible violence in 2012 by not rejecting the outcome – a loss by 300,000 votes to current President John Mahama – and calling for mass protests.

Instead, he sought legal redress and accepted defeat after the Supreme Court upheld the result.

But the former lawyer, attorney general and foreign minister’s campaign is now focused on a “one district, one factory” policy that he says will industrialise the country.

The plan is to establish factories in each of Ghana’s 216 districts.

“The time has come for us to move our industrial development forward,” the presidential candidate told a rally in eastern Ghana.

“There must be jobs in our country. The lack of jobs, which is the case under this government, poses a threat to the future stability of our country.”

In the north, Mr Akufo-Addo said there would be a functioning dam “in every village” to support agriculture.

His critics, mainly from the governing National Democratic Congress, have dismissed his promises as impossible to fulfil – but Mr Akufo-Addo insists they are not just gimmicks.

Mr Akufo-Addo is also getting good backing from his wife Rebecca. She told a TV show that he was a “very loving” family man.

“He is also passionate about his politics. He’s always cared about Ghana and wanted to do his bit for his country,” she added.

Mr Akufo-Addo is credited with helping to build up the New Patriotic Party, which first contested an election in 1992 when Ghana returned to multiparty democracy after years of military rule.

His political career spans more than four decades and he was active in political movements in his early 30s, when he criticised the military government of the time.

He studied in both Ghana and the UK before working as a lawyer in France and served as an MP for the Abuakwa South constituency in eastern Ghana between 1996 and 2008.