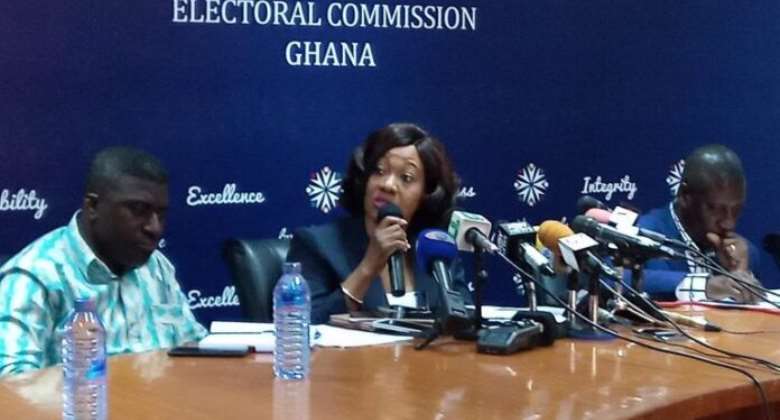 Some five Members of Parliament have filed a private members motion for a comprehensive probe into the 2020 general elections.

The nine-point motion covers issues such as pre-thumb printed ballot papers in Ashanti; multiple declaration of results; an investigation into alleged procurement breaches, discovery of excess ballot papers, and an inquiry into violence in six constituencies.

The motion stipulates that the said probe committee must be chaired by a member of the Minority. It is unclear when the motion will be moved in Parliament.

There have been calls for a probe into the 2020 general election, which some believe was not free and fair.

The petition, signed by the General Secretary of the NDC, Johnson Asiedu Nketiah, said persons found culpable after the probe should also be prosecuted.

“I write on behalf of the National Democratic Congress to petition your office to institute criminal investigations into and prosecute persons culpable in the illegal printing of over one million excess presidential ballots meant for the Ashanti Region at Innolink Printing press, one of the seven security printing firms contracted by the Electoral Commission to print election materials for the 2020 presidential and parliamentary elections,” a portion of the petition said.

The party said its petition was occasioned by the fact that there had not been any update on investigations on electoral malpractices and violence that characterised the election and voter registration exercise.

The party’s 2020 presidential candidate, John Dramani Mahama also went to the Supreme Court over the elections citing several infractions, but he was unsuccessful in the Election Petition.