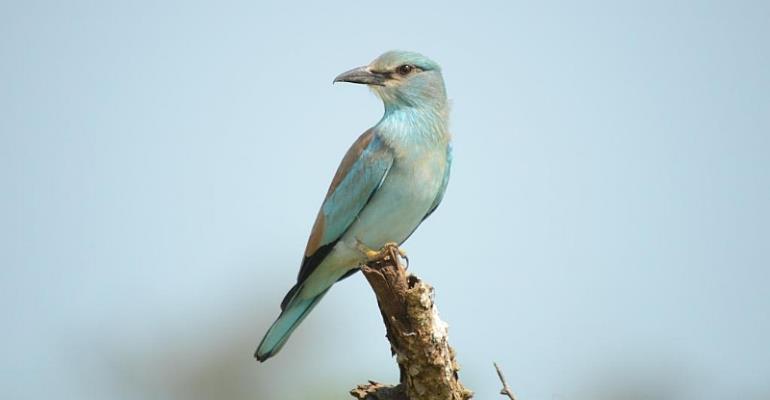 From Namibia to Italy: The incredible 8-month journey of a rare bird 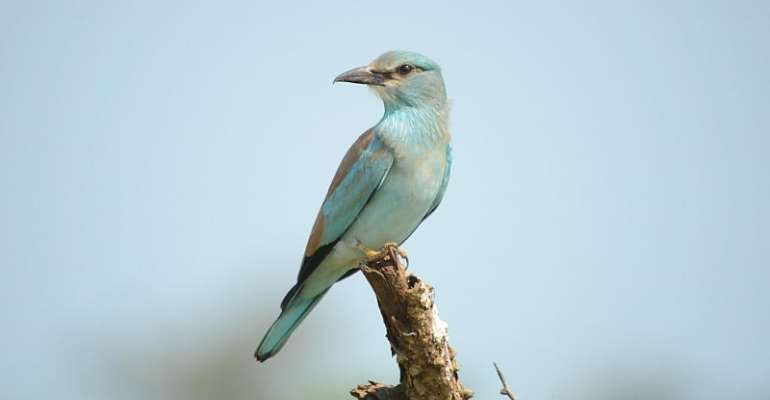 Italian scientists have for the first time tracked the remarkable journey of the charismatic sky-blue European roller – from Rome to its wintering grounds in southern Africa, and round the fence back home.

Stunning GPS maps trace the eight-month-long travels of the European roller, which is around the size of a dove: from its nest box on an electricity transmission tower in Lazio, to the southern African country of Namibia, 8,000 kilometres away.

Known as the Bracciano roller by the scientists tracking her, the female bird missed the northern hemisphere’s grey winter, hanging out near Namibia’s Etosha National Park before travelling home again in May, via Tunisia.

Tracking device
“We were amazed by some characteristics of the trip: the crossing of an 800-kilometre strait of open sea in little more than one night, ignoring easier flyways like the Sicily channel, and obviously the fact that we found the bird almost exactly on the same pylon where it nested the previous year,” Valeria Jennings, a researcher with conservation group Ornis Italica, told RFI.

The group says the Bracciano roller – named after the location of its nest box – was among the first European rollers to return home in May.

To gather the data, the scientists attached a 3.5-gramme solar-powered GPS tracker to the bird’s back.

The group hopes to gather information about the bird, such as its habitat selection and its year-round movements both in Italy and Africa.

Global decline
Only around 2,000 rollers – which get their name from the wildly acrobatic flights of males during courtship – are estimated to live in Italy. They do occur in other European countries but numbers are thought to have declined by up to 30 percent globally over the past decade.

Since returning home, the Bracciano roller hasn’t been idle.

She and her partner have raised four chicks this summer, says Jennings. Now the rollers are preparing to leave Italy once more for Africa.

The journey there won’t be without its hazards. Millions of migratory birds are trapped or shot around the Mediterranean each year for sport or food.

Last month a new study by BirdLife International and the Ornithological Society of the Middle East revealed that around 3.2 million birds, many of them migratory, are killed each year on the Arabian Peninsula – an alternative route used by rollers.

‘“Our study population has been threatened by poachers who in the past years have stolen roller chicks, scops owls and other endangered species from their nests,” she said.

Her organisation teamed up with members of Italy’s environmental protection force, the Carabinieri Forestali to arrest some of the poachers, so that the birds they were holding could be released back into the wild.

The other name the researchers have given to the Bracciano roller is “the Lucky roller”.

Given the perils that await her and her kind, the researchers will be hoping her luck holds out.