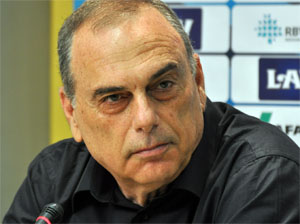 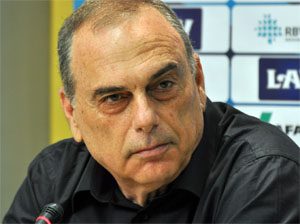 Under-fire Black Stars coach, Avram Grant, has been directed to stay put in the country and scout for strikers from the ongoing GHALCA G6 tournament to beef up his squad ahead for the remaining Russia 2018 World Cup qualifiers.

The ‘order’ was a fallout of an informal meeting between some top FA officials and the Israeli coach shortly after the Black Stars’ disastrous 0-2 defeat to the Pharaohs of Egypt in Alexandria in a crucial World Cup qualifier last Sunday.

A source close to the Ghana Football Association (GFA) which whispered this to the Graphic Sports yesterday stressed that Grant was impressed upon not to travel back to the UK but stay in the country as a matter of urgency and seek for good local strikers from the G6 tournament to sharpen the Stars attack which was non-existent against Egypt.

While Grant has been over-relying on a foreign-based attacking line which has fired blank in recent games, the source said the FA officials who engaged the Stars coach after the match demanded that he turned his eyes towards local strikers since some of them had the quality to fit into the current Stars set-up.

For instance, while the Stars played well, Jordan Ayew, who led the Stars attack against Egypt, lacked the cutting edge but was kept on the pitch throughout, while young potential strikers such as Ebenezer Assifuah and Samuel Tetteh remained on the bench to the surprise of many.

The source said Grant was also urged to start taking risks, which is part of the coaching job, to help change the face of the very predictable Stars’ team.

It, however, emphasised that Ghana would continue to fight to the end despite the five-point gap between the Pharaohs and the Stars.

‘We have not given up at all. Two mistakes cost us against Egypt. But we will continue to fight to beat Congo home and away and also beat Uganda away and Egypt at home to remain in contention for qualification,” the source added.

Ghana are currently third in Group E with just a point, trailing leaders Egypt who have six points, followed by Uganda with four points, while Congo are bottom without a point