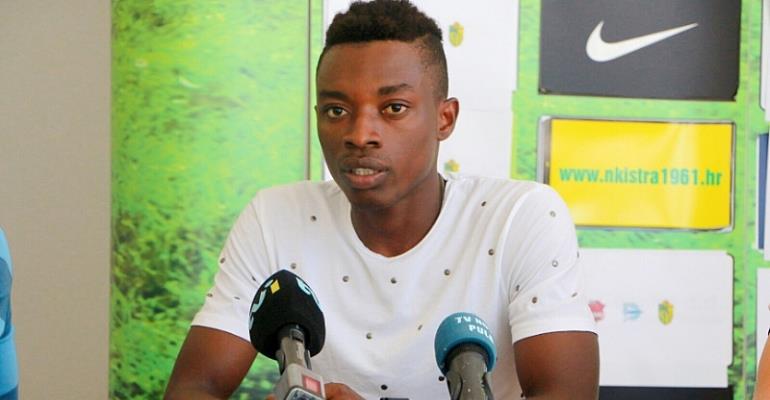 The 23-year-old was magnificent for Inter ZapreÅ¡iÄ‡ in the Croatian top flight league last term after joining the side on loan from Serbian side NK Cucaricki.

The midfielder’s performance is reported to have informed the Green and Yellow lads to acquire him on a season-long loan from Deportivo Alaves ahead of the upcoming campaign.

According to reports, Obeng put pen to paper on Wednesday after agreeing terms with the club on Monday.

He made 18 appearances for Inter ZapreÅ¡iÄ‡ in the Croatian league last season.

NK Istra 1961 is owned by Alfonso FernÃ¡ndez de TrocÃ³niz, who is also the chairman of Deportivo Alaves.