A former deputy Chief of Staff Valerie Sawyer has urged former President JJ Rawlings to go and help the fight against illegal mining at Denkyira-Boasi now New Boasi, if he has nothing challenging to do.

In an epistle addressed to the NDC founder, the media-shy politician accused Rawlings of hypocrisy in his consistent attacks on his predecessors, aside President Akufo-Addo.

“The galamsey problem is still in existence despite the fact that the Government is trying to pretend that it has gone away. I am sure you are needed in places like Denkyira Obuasi to help clamp down on the menace. This will help your twin brother President Akufo-Addo fulfill his anti-galamsey promise. Even though he did promise the galamseyers before the 2016 elections that he would leave them to ply their trade. Hmmm …confusion here, there and everywhere!

“The army worms have destroyed a lot of our crops, signaling some level of food shortage in the country in the not too distant future. Under better regimes, the Ministry of Defence and the army were brought in quickly to deal with the problem anytime the worms reared their heads,” she wrote.

Mrs. Sawyer also called on the leadership of the NDC to be bold and challenge the claims of their founder.

“NDC, where are our men and women? NDC where are our leaders? I challenge you to rise and speak the truth unblemished and fearlessly!!! The truth can be told by all – no man or woman is the sole repository of truth!”

Below are details of the letter by Valerie Sawyer

They say he booms … I say he buzzes … like an agitated mosquito … looking for his next victim. Again, he heads for other Heads of State … describing their governance as riddled with corruption. Is he trying to say that his reign was unblemished or that his twin brother’s (President Akufo-Addo) reign is unsullied? Really?

Who born dog … in fact … who born monkey? 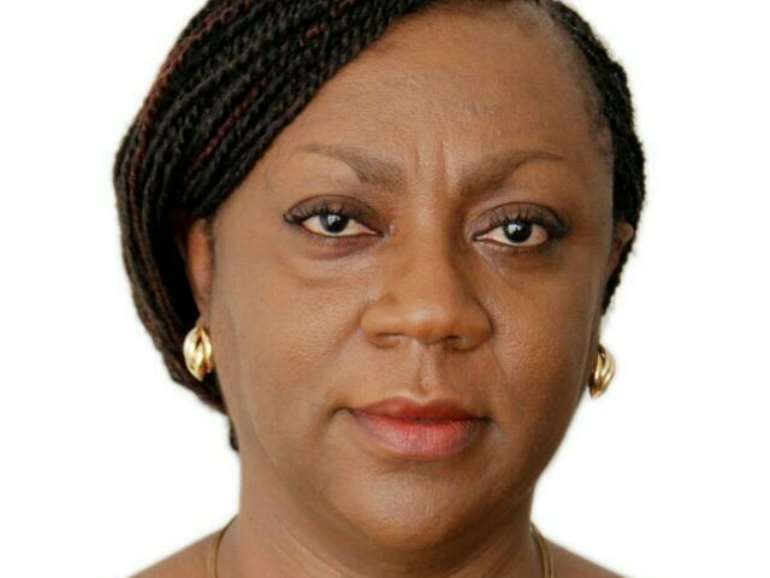 Dr. Valerie Sawyerr, the author
JJ oooo JJ … the great Papa JJ … the one and only Junior Jesus … the great saint who never does wrong … you are still flogging a dead horse … the NDC is in Opposition in case you have not noticed, while a living raging bull is moving around with reckless abandon destroying everything it finds in its path including the assets and citizens of this nation.

… but I guess you really can’t see it … or you are waiting for it to raise its tusks in avenging rage to gore your eyes out. I hope when the tusks are raised, the bond or pact you have made with the ‘brass band conducting’ President will be strong enough to cause the tusks to be lowered before they pierce your eyes that see only what you want to see in line with whatever agenda you deem fit. By the way, did you see the President conducting the brass band? Was that the police band or army band? Was it in Ghana or overseas? Ei, Mr. President, what was that?

Papa Stone, I hear you said
‘When I talk they say I don’t like NDC, no! I don’t like stealing, I don’t like disgrace so if NDC does good I will praise them if they are bad I will say it as well’.

Who has said you don’t like the NDC? Are you setting your own questions and answering them please? Nobody has said you do not like the NDC. Stop putting words in our mouths. Indeed, some think you crave for the NDC so much that you are prepared to destroy anyone and anything in the NDC if that will suit your agenda to always be in control of the NDC.

… but I don’t blame you Papa J … I blame the NDC … after you taught us probity, accountability and transparency, why can’t we rise to demand same of you? After you taught us to be fearless in upholding the truth, why don’t we rise to demand same of you? When you twist and manipulate us, why don’t our leaders ask you why you are breaching your own so-called rules?

With all due respect, have you named those you KNOW to be involved in corruption?

You never know what their explanations would be. It is therefore important that

… and what is Comrade Martin Amidu also babbling about? Martin, did I not tell you that your pomposity, over-bloated ego and sense of self-importance constitute your Achilles heel? Remember, when I told you (years ago) after a presidential press conference, that a directive had been issued that no appointee should grant a press interview in order to avoid any contradictory statements on air … and you screeched … ‘who are you … small girl like you … where were you when I was Attorney General’ etc etc? Remember I told you that it is your Achilles heel that would destroy you?

Barely a week or so after that, you were relieved of your post as Attorney-General after attempting to assault a sitting Head of State? Since then you have become a so-called crusader, sinking lower and lower in the NDC as you seem to rise higher and higher in the NPP. I am not a soothsayer, neither am I a harbinger of gloom and doom … but once again I say to you … this time with a nation full of witnesses … that your Achilles heel will destroy you!

Respectfully Martin, cut the crap! You have achieved your aim … the NDC is in Opposition. I challenge you to resign from the NDC since you no longer promote the cause of the NDC. Or do you also subscribe to the agenda to destroy to take over? The agenda that is based on the premise that it is easier to take over the NDC when it is in Opposition!

Buzz buzzzzz buzzzzzzzzzzzz!!!
Papa J, what happened to the anti-malaria crusade you were supposed to have embarked on after you left office? We have not heard much about it. Did you not find enough minions to work on it for you to ensure that you could take the glory?

Is it true that you fell out with a majority of those who worked diligently for you at different stages of your journey … the Ahwois, the Tsikatas, the Peprahs, the Abodakpis, the PV Obengs (blessed memory), the Sherry Ayiteys, the Kwesi Botchweys, the Martha Tamakloes, the Sipa Yankeys, the Ibrahim Adams, the Mould Iddrisus, the Herbert Mensahs and a whole host of others?

I guess the anti-malaria crusade was too calm a crusade for you. Then with all due respect, please look for something more exciting …

President Akufo-Addo … where are your men and women? Do not be deceived by JJ’s recent rantings that seem to favour your cause. Your Government in seven months is reeking of corruption. Rise up and do something about it instead of waving that baton with that uninspiring look on your face … to the left, up and down… to the right, up and down! A man is only as good as his word!

… and for your information, the primary responsibilities of a conductor is to ‘unify performers, set the tempo, execute clear preparations and beats, listen critically and shape the sound of the ensemble, and to control the interpretation and pacing of the music’ (Wikipedia). With all due respect, is that what you were doing in the ‘conducting video’ I saw? Is that what you are doing in governance today?

Years ago, we used to have some kind of insect spraying equipment that looked like a pump … it had a can which contained the insecticide and a long arm for pumping the insecticide towards the target. Nowadays, we have a simple tall can with a spray nozzle at the top. Maybe it is time to stop the gentle puffs with the modern cans and find one of the old bazookas!

The buzzing sound still continues … I am going back into hibernation … what I choose to call ‘Peaceful Opposition’!

… but before I leave … Mr. President, is it true that Peter Mac Manu (former NPP Chairman) was deported from Kenya where he was going to consult for the National Super Alliance (Nasa), Kenya’s Opposition Coalition, on ‘control’ of electoral data? … hmmm!