Have Confidence In The Police—Ken Yeboah 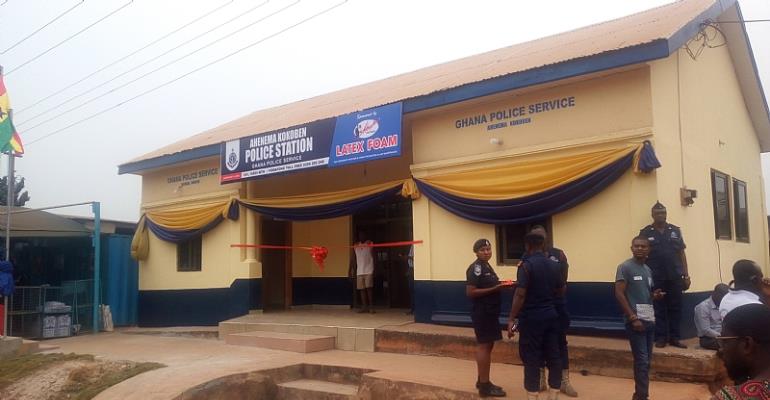 The Ashanti Regional Police Commander, COP Ken Yeboah, has tasked citizens to establish confidencein the police to enable them liaise with the public effectively.

He said the public needs confidence in the police before they can aid the police with any information to combat perpetrators of crime in the society.

He parried away perceptions that the police are not trustworthy, and can’t keep information provided by the public confidential.

COP Yeboah made these remarks during the commissioning of Ahenema Kokoben Police Station in the Atwima Kwanwoma District on Thursday.

According to him, police personnel are trained to keep information confidential and to protect informants.

“Information from the general public is very relevant in the discharge of our duties as police officers,” he emphasized.

Adding…”some Ghanaians choose to hide criminals instead of informing police and releasing them to be dealt with, but the police need tip-offs to get rid of criminals from the society”. .

On his part, the Ashanti Regional Minister, Simon Osei Mensah, indicated that the initiative forms part of government’s efforts to strengthen the public private partnership.

He observed that this is the fourth private police station commissioned since he assumed office last year.

The minister called on other individuals and organizations to support the security sector with infrastructure or resources that can help the police administration to deal with crime and to maintain peace and security.