BREAKING NEWS
GMT+2 02:45
Home Showbiz I am in a serious relationship; will marry at the right time – Becca

I am in a serious relationship; will marry at the right time – Becca 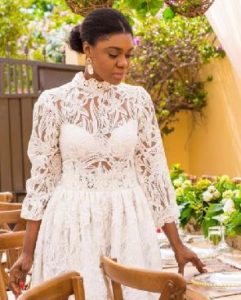 Songstress Becca has announced that she would be married soon and has thus, described her kind of man.

She disclosed that she looks out for a God fearing, an intelligent and open-minded fellow who has a great sense of humour as well.

The ‘Na Wash’ hitmaker added, she is currently in a relationship and they would be joined in holy matrimony when the ‘right time’ comes.

“Those really close to me know this man. When the time is right, I would get married and the whole world will know him”, she told Andy Dosty on Hitz FM.

The singer, who is in her early thirties, debunked claims of dating label mate, Stonebwoy’s manager, Blakk Cedi, as was spread on social media when Blakk Cedi posted a picture of the two at an event sometime ago.