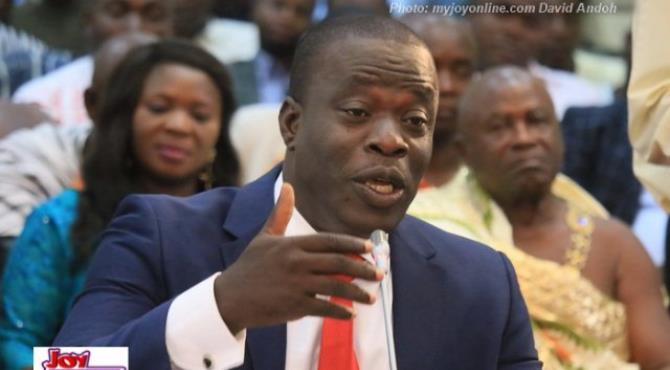 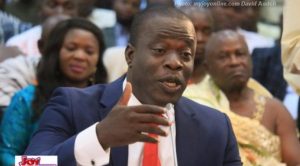 He said some of the CEOs dabbled in open politics during the erstwhile National Democratic Congress (NDC) government making them untrustworthy to work with the current administration.

About 14 top management staff of Ghana Cocoa Board (COCOBOD) and the Cocoa Marketing Company were asked to proceed on terminal leave few days after President Nana Addo Dankwa Akufo-Addo was sworn in.

Cocobod CEO Dr Stephen K. Opuni had his appointment terminated by the President on January 13 and charged to hand over relevant documents government representative before the close of business on the day.

“You are directed to hand over your office to His Excellency, the president’s representative at the Ministry of Agriculture Dr. Owusu Afriyie Akoto, and proceed to collect any terminal benefits or facilities due you under relevant law,” a letter signed by Secretary to the President, Nana Asante Bediatuo read.

Sections of Ghanaians raised issues with the manner in which the appointment of some public officials were terminated by the new government.

But addressing the issue before the Parliament’s Appointments Committee Tuesday, Mr Awuah said government reserves the right to work with people it can trust. He explained the President has his own agenda to execute and would assemble people he believes are competent to push that interest, adding public officers who have shown bias in their work deserve no consideration.

“If you would go all the way to support that particular party, then perhaps you would have missed the point. So much as we would advise the appointees to be apolitical as possible, then we would also have to advise whoever is appointed there not to meddle in partisan politics,” Mr Awuah said.

He was emphatic that since two rams cannot drink from the same bucket it is impossible for the NPP government to retain officials appointed by the former regime.

On the implementation of the 12.5 percent salary raise by the erstwhile President John Mahama government, Mr Awuah said he would assess budgetary allocation to that effect and take the appropriate steps.

He, however, hinted of opening a fresh negotiation with labour if payment of the increment might affect public expenditure negatively.

The base pay, he said has its own challenges because between January and April2018, many things could happen in the country.

“Inflation projection might have gone wild, in which case you would have labour coming back to negotiate. So, even though that is what the law says, in practice sometimes it is difficult to get people to understand it,” he said.

Mr Awuah admitted he is aware of the conflict between what the labour law stipulates and what the Financial Administration Act states and would act accordingly.