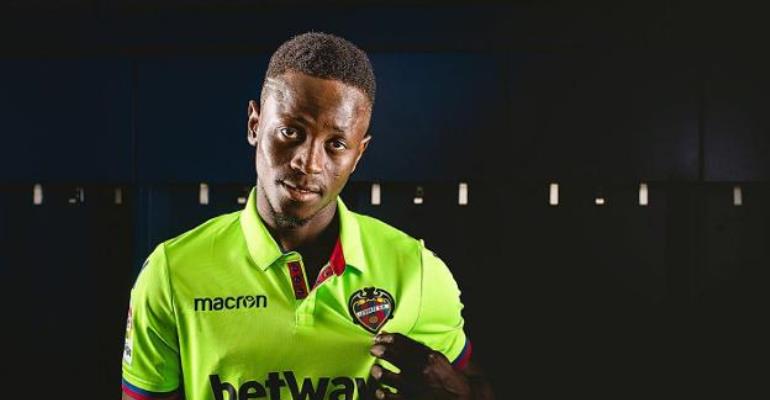 Levante have reportedly rejected a €5million offer from an unnamed French and German top-flight side for Black Stars forward, Emmanuel Boateng.

Boateng joined the La Liga giants in 2016 from Moreirense for just under €3million, signed a contract until 2021 with an option to one more season.

The 21-year-old forward score nine goals during the course of the 2017/18 campaign and put some highly vaunted rivals to the sword with his individual brilliance.

It emerged Boateng went from 5.5 million to 8.5 according to CIES Football Observatory in June.

Boateng was handed a national team call-up in June and scored against Japan in an international friendly.