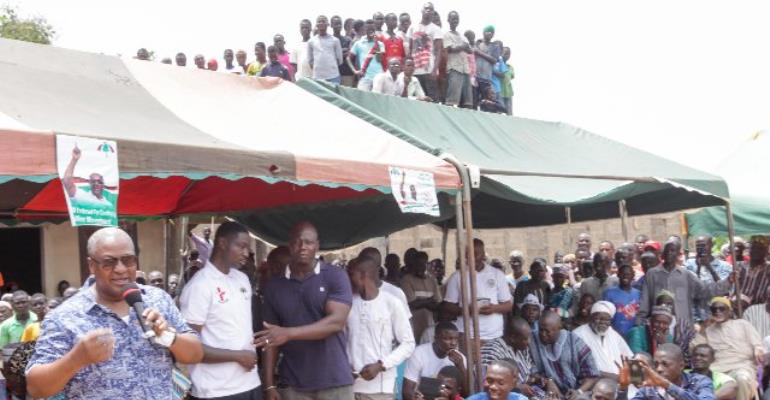 Former President says the governing New Patriotic Party (NPP) is frightened by his decision to once again lead the National Democratic Congress (NDC), in the 2020 elections.

Addressing hundreds of NDC delegates in Yendi, Thursday as part of his campaign tour of the Northern Region, Mr. Mahama expressed surprise at the behavior of the NPP over his decision to contest.

“Two teams are playing football and the other tells the opponent that if you put in a particular goalkeeper I will score you. That means the opponent is afraid of the goalkeeper,” he said. He noted that the NPP is clearly afraid of his second coming, as they are aware that, he is the only candidate with the experience to win back power for the NDC in 2020.

Mr Mahama has therefore urged NDC delegates to massively endorse him on December 7, 20 18, when the NDC goes to the polls, to enable him wrestle power from the NPP in 2020.

Abandoned projects
The former President also raised questions over the government’s inability to continue projects started under his administration.

Mr Mahama says as he toured the country to campaign for the flagbearership of the NDC, it is clear that all the projects that were handed over to the NPP government are on standstill.

He urged Ghanaians not to lose hope, as the next NDC government in 2020 will ensure the successful completion of abandoned projects.

Observing that Ghanaians are currently going through economic hardship, he pledged to work hard to reduce the high cost of living and provide jobs, when he is elected in 2020. 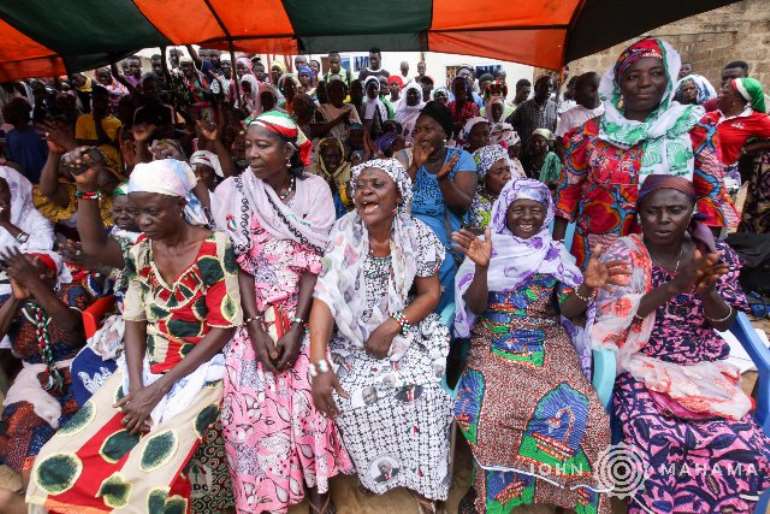 Zabzugu delegates
Unfulfilled promises
Speaking to delegates in Tatale constituency, Mr. Mahama said he is yet to see a single factory from the One District One factory NPP manifesto promise.

According to him, the lesson in the unfulfilled promises is that it is easier for promises to be made but not kept.